I wonder if Germaine Greer ever read my response to her feature on Bob Dylan. But in case you, my dear reader/blogger, missed it the first time around, here it is again. I've returned now from my holidays and it's good to re-post a Killer Opening Song when that'll be precisely my first column next week now I'm back on the saddle. Read you soon.

For a long time now I have followed your writing avidly, especially your regular column in The Guardian newspaper every other Monday. Your insight into arts and literature is fascinating and thought-provoking. Your book 'The Female Eunuch' is currently sitting on my bookshelf and it won't be long before it and I become a temporary item, wandering around the streets of London arm in arm, metaphorically speaking. I even felt sorry for you the other night when you cameoed on 'Have I Got News For You', the BBC's flagship political satire programme, because of the rough time, I believe, you were given by your (male) counterparts.

As a critic, you speak your mind and you do it, usually, in a coherent and intelligent way. That's why I was so surprised to find your recent feature on Bob Dylan so lackadaisical and ill-informed.

Please, note that I am not questioning your right to like or dislike Bob's music. What I am bringing to the fore, rather, is the futility of the arguments you used in order to back up your theory.

First one in line has to be your certainty (or belief) that Dylan 'thought that rhyme equalled reason'. I disagree on all counts. The example you give, 'Visions of Johanna' is a chronicle in musical form, rather than an attempt to pair up words that rhyme. How's this for an intro?

Ain't it just like the night to play tricks when you're tryin' to be so quiet?/We sit here stranded, though we're all doin' our best to deny it/And Louise holds a handful of rain, temptin' you to defy it/Lights flicker from the opposite loft/In this room the heat pipes just cough/The country music station plays soft/But there's nothing, really nothing to turn off/Just Louise and her lover so entwined/And these visions of Johanna that conquer my mind.

Secondly, it seems to me that your aversion to Bob's music stems rather from the fact that he kept his fans 'waiting at the Isle of Wight festival in 1969 for three hours, from 9 o'clock till midnight, before he would sing a word'. Notice the use of the possessive pronoun 'his'. You were not amongst those fans, so this is really 'animus by proxy'.

You also aver that Dylan's texts cannot be considered verse, not even doggerel. You then go on to assert that his prose makes no sense. But then you compare him to Morrissey, he of The Smiths, towards the end of your article. To me that's a contradiction. Although, I am not a The Smiths person, even I cannot fail to notice the long tradition of good story-telling that both Dylan and Morrissey draw from. How else to explain the obvious and in-your-face pessimism underpinning 'Heaven Knows I am Miserable Now'?

What she asked of me at the end of the day/Caligula would have blushed/"You've been in the house too long" she said/And I (naturally) fled. By the way, does it make any sense, Germaine?

You then compare Dylan to that stalwart of the Romantic period, William Blake. Just to be on the safe side, Ms Greer, Blake's works were at first considered to be the works of a madman. It was only years after he died that his poetry and painting acquired the high status they rightly deserved. Dylan, too, suffered misunderstanding when he began his career on account of his early compositions. Not everyone 'got' him. I have no idea why you had to dig out Blake's 'The Sick Rose' from his 'Songs of Innocence and Experience' to put one over the American troubadour. Your analysis of the fragment quoted is flawless, but it adds nothing new to your argument because one is verse and the other one is a song (Visions of Johanna). As to the difference between lyrics and words, which seems to me to be you main gripe, the online dictionary I normally default to, defines a lyric as having the form and musical quality of a song, and esp. the character of a songlike outpouring of the poet's own thoughts and feelings, as distinguished from epic and dramatic poetry. So, song, first, lyric after. And therein lies the importance of both poet and troubadour. Their works are usually short, romantic (broadly speaking) and, if possible, humorous. Pope knew it, so did Shakespeare. Facetiousness is present throughout Dylan's oeuvre, as well as in other modern poets/singer-songwriters' work. Listen to Ursula Rucker and you will hear sarcasm mixed with pain. This is not poetry/music for the faint-hearted. Listen to Dylan's 'It's Alright, Ma (I'm Only Bleeding)' and the line 'But even the president of the United States/Sometimes must have/To stand naked' provokes both mirth and pensiveness.

Further on in your feature you attempt to explain the differences between a singer-songwriter and a poet's creative process by pointing out how the former 'transforms his words in the way he writes the music and the way he sings his song' whereas the latter encapsulates this whole process in silence. What a lot of balderdash! To partially quote you, Ms Greer, 'fustian of this ilk' is what makes my blood boil. Poets also carry a musical voice inside. They might not use it in the same way a singer-songwriter does, but, believe you me, their poems have an innate musicality.

Lastly, these are your very own words in regards to the difference between lyrics and words of a song: 'The other aspect of a lyric is its mystery. A lyric does not explain itself, nor does it tell a story, except by implication(...)When Morrissey sings a Morrissey song, he knows exactly what colour every part of every word is meant to be(...)the music catapults the repetition towards us like a javelin. The music does what the words alone cannot do. To present the words without the music is to emasculate them.

As for Bob Dylan, the American poet, singer-songwriter who is visiting the Killer Opening Songs lounge this week, I think it would be more fitting to allow his most powerful and inspiring K.O.S. ever to do the talk for him. And believe me, Germaine, there're no hard feelings from me to you whatsoever. Enjoy. 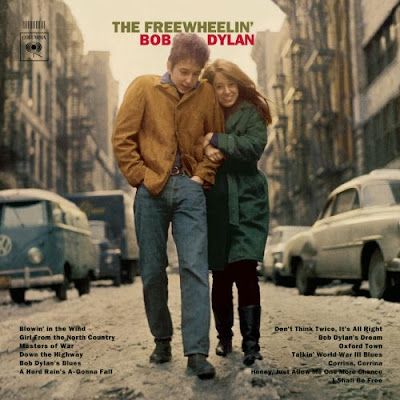