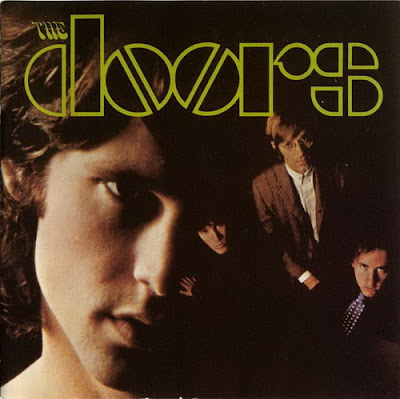 Here's a thought. The Doors should never have worked out. The reason is simple:a flamenco guitarist, a jazz drummer and a classical music-educated pianist. And a wild frontman, Killer Opening Songs forgot that one. Rather than being a barrier for opening and closing an entranceway, the band should have been synonymous with total lack of organization or order, that is, chaos.

Instead, though, The Doors transformed music and became one of the most innovative pop groups ever. And it was their self-titled opera prima 'The Doors' that opened the floodgates of their creativity. Two songs stood out from the word go and they were 'Light My Fire' and 'The End'. The former, not just because of its quality, but also because of the famous Ed Sullivan episode, where lead singer, Jim Morrison, agreed to drop the line 'girl, we couldn't get much higher' from their live performance, yet changed his mind at the last minute. The Doors were never asked to come back. 'The End' is classic performance poetry. Throughout the years the song has been subjected to different interpretations and there's even been the suggestion of infatuation on the part of young Jim for his mother.

The track on which K.O.S. would rather concentrate tonight is the album's opener: 'Break On Through (To the Other Side)'. Not warmly received on its release (despite being the first single from the record), it became a concert staple pretty quickly. Its relentless energy is intoxicating and the synergy of the four disparate elements K.O.S. mentioned before gives the song its unique appeal. Ray Manzarek's entrance is catchy and funky, John Densmore's drumming is moderate and kept in check. Then, almost at the same time as Robby Krieger's guitar kicks in, Jim's voice makes its presence known. Controversy ensued over the line 'she gets high' (funny enough, it was kept in the video). When the single was released the line was changed to 'she gets/she gets' with Morrison wailing his lungs off afterwards. The clip, though primitive (this is well before Queen's innovative 'Bohemian Rhapsody' video), highlights the prowess of this band whose endurance and quality has outlived its existence - later reunions notwithstanding. And it was this Killer Opening Song that 'opened the door' to the work of one of the most fantastic and experimental rock groups ever.

Next Post: 'Los Amantes del Círculo Polar/The Lovers of the Arctic Circle' (Review), to be posted on Thursday 9th September at 11:59pm (GMT)

Labels: A Cuban In London, Break On Through, Cubans in London, music, The Doors