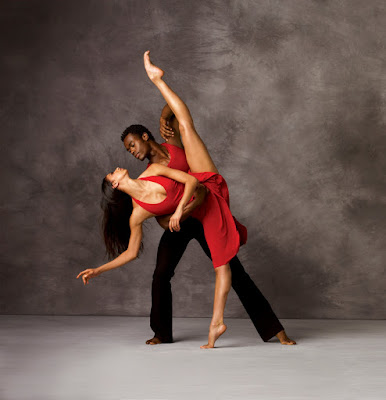 If a company's quality is measured by both its creative output and its innovative approach, then it should not be a surprise that the Alvin Ailey Dance Theatre Company has hundreds, if not thousands, of admirers. Their recent shows at Sadler's Wells were evidence of an ensemble that has mapped out a clear route to the future, without forgetting its rich past. The performances were also proof that with the imminent change of leadership, the legacy of this US national treasure is secured.

Judith Jamison, the current director, will continue to be in charge of the company until July 2011, when she will pass the baton to Robert Battle, founder of Battleworks Dance Company and long-time collaborator with AADT. If we use the latter's two pieces, 'The Hunt' and 'In/side' as a litmus test to judge what lies on the horizon, rest assured, dear dance lovers, the kids are alright.

Alvin Ailey succeeds where other companies falter because it combines elements that at first sight might be disparate and yet in AADT's hands they are made to look like natural companions. For example the way they amalgamate Broadway, jazz and ballet is unique. The athleticism of its performers makes you wonder sometimes if you're watching a dance show or a gymnastics display. And the feeling that permeates each piece renders AADT's repertoire sui generis.

On this occasion we were treated to 'Suite Otis' as the starter. This is a hip-snaking, skirt-swirling, waist-gyrating tribute to the late soul singer Otis Redding. Jam-packed with comedy moments, tongue-in-cheek routines and fast movements this choreography reminded me that sometimes you just want to watch a company having a jolly good time, narrative included or not.

This was followed by one of those pieces that has 'classic' scrawled all over its forehead. 'The Hunt' might present itself as a testosterone-driven study of male tribalism, but, in my opinion, the choreography delves deeper. Set to a soundtrack by percussion group Les Tambours du Bronx, 'The Hunt' is an exploration of men's inner struggle with their feminine side. Performed by six bare-chested men clad in long skirts, the choreography is brutal and violent at times. At some point it suddenly changes style - though not tempo - when three of the six dancers partner up with the others and execute a dance that is at times ambiguous and delicate. The end of the choreography finds three of the dancers (it's hard to figure out whether they are the same who chose to dance in pairs) on the floor, overcome by their counterparts.

'Dancing Spirit' had me clapping internally all the way through. Incorporating elements of Afro-Cuban (yes!) and Brazilian dance, the piece was a wonderful take on African culture and how it has influenced and shaped the US. The turquoise and white costumes were simple and yet against the backdrop of undulating bodies, the colours seemed to take a life of their own. The blend of Duke Ellington's score with Oggun and Asoyi's steps (to name but two representatives of Afro-Cuban culture present in the choreography) has been the boldest approach I've seen in contemporary dance in a long time. The liquidity and ease with which music and dance meshed together made one wonder whether Yoruba culture had been an intrinsic part of African-American social make-up in the same way it was in Cuba and Brazil.

Nina Simone's 'Wild is the Wind' was the soundtrack to 'In/side', a piece that showed off Alvin Ailey Dance Theatre's versatility. Whereas the first three works were mainly performed upright with more emphasis on hips, shoulders and waist, 'In/side' was a meditative study on longing and breaking free. The soloist's journey across the floor reminded me of a butterfly as it travels through the caterpillar-to-cocoon phase until it finally takes flight. Nina's voice added extra gravitas to a poignant choreography.

The stage, then, was set for the traditional Alvin Ailey jamboree, otherwise known as 'Revelations'. I've seen it countless times, and you might think that I would have been jaded by now, bored out of my senses. But hell no, as long as AADT performs 'Revelations' with the same zeal and vigour as if it was opening night, January 31st, 1960, I will continue to enjoy this exuberant choreography. Based on spirituals and blues, the piece tells the story of African-American culture, from slavery to freedom. At times sombre and at others uplifting, 'Revelations' has become Alvin Ailey Dance Theatre's trademark choreographic work.

Given, then, its rich history and its clear vision for the future, all I can hope for is that when I'm fifty-two myself I will be as creative and vibrant as Alvin Ailey Dance Theatre continues to be. Here's to another half century, AADT! Enjoy the clips.

Next Post: 'Sunday Mornings: Coffee, Reflections and Music', to be published on Sunday 3rd October at 10am (GMT)