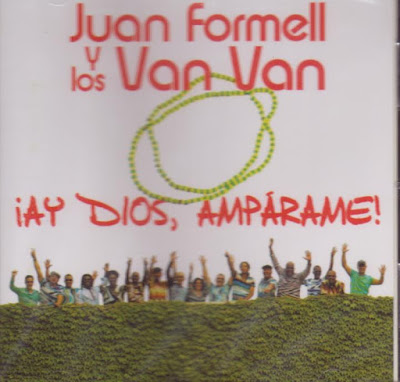 It's strange how we sometimes fail to notice the good quality of certain programmes or channels until they stop being a part of our lives. It was this situation in which Killer Opening Songs found himself recently when his TV package was reduced - through own volition, mind - and he lost Sky Arts on Freeview.

This was a channel that had grown slowly but surely on K.O.S. despite the fact that at first he did his utmost to resist its allure, you know, Sky being a Murdoch product and K.O.S.'s being a conscientious objector to the Australian magnate's ever-expanding media empire. But the offering was too tempting to ignore and little by little our Introductory Track with Musically Homicidal Tendencies succumbed to Sky Arts' excellent schedule.

Amongst K.O.S.'s favourite programmes the 'Classic Albums' slot took pole position. To see Ulrich, May and Grohl waxing lyrical about albums such as 'Metallica', 'A Night At the Opera' and 'Nevermind' respectively, gave Killer Opening Songs a bettter understanding of how and why these records became masterpieces, as well as providing him with a powerful insight into the dynamics of the bands that produced them. The only flaw our little friend noticed, though, was that the programme didn't reach beyond the pop and rock medium. Where was the acknowledgement to an album like 'Headhunters', by keyboardist Herbie Hancock, which re-wrote the rules (if any) of funk? Or come to think of that, how about a record like 'Songs in the Key of Life' by musical genius Stevie Wonder? No mention whatsoever? And if one stepped outside of the - mainly - Anglophone enviroment in which 'Classic Albums' operated, how about recognising the vast body of work left behind by the Tropicália movement in Brazil?

Or maybe, the programme could have settled for one of the most ground-breaking albums to have come out of the Cuban salsa scene of the 90s: '¡Ay Dios, Ampárame!' by the fourteen-piece, quadragenarian, musical powerhouse 'Los Van Van' (literally, my people, 'The Go Go').

In the same way that Mozart equates musical excellence, The Beatles superb pop and Fela Kuti politically-minded afro-beat, Los Van Van epitomise the cornucopia of tradition, experimentation, artistry and prowess that characterise Cuban music. If you ever visit Cuba, just say the name 'Van Van' and watch your interlocutor opening his/her mouth wide to reveal an ear-to-ear smile. Los Van Van are Cuba through and through.

However, we have fate to thank for their existence. It was only after bassist Juan Formell, director of the band from the start, began to look for new sounds that he decided to part company with Revé y su Charangón, where he was the musical director. This search led him to form a new group in 1969 that could combine the more traditional elements of Cuban music with modern ones, especially those arriving via the world of pop. The rhythm born out of this approach was 'songo', the result of the fusion of rumba, son, funk and jazz. The dance accompanying it and performed by couples everywhere was called casino. Los Van Van had been born and with it Cuban salsa.

K.O.S. hopes that someday someone can sit down and chronicle the immense contribution that Los Van Van have made to Cuban music. At some point dubbed 'The Rolling Stones' (because of its longevity) or the 'Kool and The Gang' (because of its size) of salsa, Los Van Van turned Cuban music on its head. First, they changed the traditional charanga-format which depended heavily on instruments such as violin and flute into a percussion-, piano- and brass-driven orchestra. Secondly, they were innovative, Juan Formell never being one to fear risk-taking. The results were songs such as 'Eso Que Anda' (an electronica-infused experiment that K.O.S. unfortunately never found very appealing, but which was revolutionary at the time, early 80s), 'Sandunguera' (guaracha) and 'La Habana no aguanta más' (son montuno). Los Van Van went beyond salsa's natural borders and collaborated with artists whose musical inclinations could be seen to be at odds with the band's ethos. However, the results were often successful as in the case of the Cuban singer songwriter Silvio Rodriguez.

Let's concentrate then on '¡Ay Dios, Ampárame!' (I can almost hear my alter ego, K.O.S., urging me to keep on track). 1995, when the record was released, was a vintage year for Cuba's salsa scene. The economic crisis that had engulfed the country between the end of 1989 and the beginning of 1990 was at its apogee by the mid-nineties. But Cuban musicians were not deterred by the collapse of the ex-Soviet Union and its domino effect on the Cuban economy. NG La Banda, Charanga Habanera and Irakere were just some of the bands dancers could move their feet and shake their hips to. El Salón Rosado de la Tropical, the Mecca of dancehalls in Havana, became again the must-go place for salsa lovers, Cuban or not. In the midst of this musical explosion many people wondered how Los Van Van would respond to a new generation for whom cheesy Iberoamerican ballads and Anglophone rap and rock had already become the soundtrack of their lives. And what a response Formell and his musicians gave! The opening track of '¡Ay Dios, Ampárame!' had all the elements that had made Los Van Van a household name in Cuban music: 'Ya Empezó La Fiesta' ('The Party's Already Started') had a 'hard' sound, thus incorporating the timba rhythm that was becoming customary amongst other salsa bands, strong vocals (Mayito Rivera had just joined the orchestra), excellent arrangements and a more commercial approach (the greetings in various languages pointed at a wider exposure to the outside world, economic embargo notwithstanding). It wasn't a surprise that the album received such a warm welcome.

Yet, as it's happened sometimes with other records throughout music's story, the song that stood out from the beginning was not the Killer Opening Son. And why should it have been? Listen to David Bowie's 'Space Oddity' and the title track is overshadowed by its follow-up, 'Unwashed and Somewhat Slightly Dazed' (in K.O.S.'s humble opinion). Same with the album 'Goats Head Soup' by The Rolling Stones, the star of the show is 'Angie', the fifth song in the record. In the case of '¡Ay Dios, Ampárame!' the melody that drove the band's fans wild was 'Soy Todo' (I'm Everything', click here to watch a live performance of the song). 'Soy Todo' started life as a poem by a poet called El Ambia and K.O.S. was present the first time it was read in public. The verses explain what it is to be Cuban and how our African heritage has shaped our cultural identity. Mayito mentions many of the orishas (Yoruba for 'deities') that make up the rich Afro-Cuban pantheon. The song proved controversial and wasn't given much radio airtime, or at least a lot less than the other tracks from the same album. In a country ridden with corruption and prostitution, the last thing the government needed was the most popular salsa band in the nation asking people to put their faith in Olofi, the Yoruba deity commonly synchretised with the Catholic God (although the comparison is misleading). Today 'Soy Todo' remains an anthem for Cubans both on the island and abroad. But, tonight, Killer Opening Songs asks you to put on your dancing shoes and shake your hips to the sound of one of the best salsa bands in the world. And if you work for Sky Arts programming department, get in touch, K.O.S. won't charge you. Enjoy because 'Ya Empezó La Fiesta'.