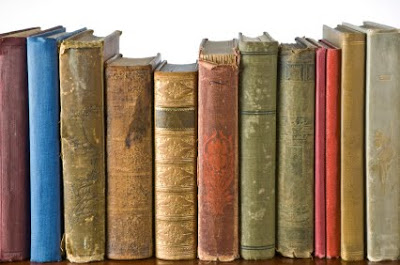 "What's the point of pursuing apparently distorted 'readings' of the novel - i.e. Marxist/feminist?

AO4 expects you to acknowledge the effect the book has on different audiences - especially ones not guided by English teachers. (The teacher's reading is influenced by need for clarity - a key to help write quick fix essays)

Also helps us avoid over-simplifying - there is no need to distinguish between our/my sense & sensibility reading and the intentions/character of the author; the former suggests a fairly dry/conservative figure; but how does this tally with her appetite for humour/nonsense and biographical sources.'

The above words were part of a typed note left in my copy of Jane Austen's 'Emma', sandwiched between the last page and the book's back cover. The text was longer but I've edited it for the purpose of this column. The words were not the only sign that betrayed the novel's second-hand bookshop look. Little scribblings, some less illegible than others, adorned the margins of the pages. The cover was slightly tattered.

Notes in passed-down books tell their own story. Over the years I have been exposed more and more to such tales as I have become a regular user of amazon.co.uk marketplace. Have you ever wondered why the previous owner highlighted that particular section in the book you're now holding? Or why did she or he circle that one specific word?

The note in my copy of 'Emma' did not make any sense to me. But that's because it wasn't intended to be read by me. Like Crusoe's sudden realisation that there was human life on the island he inhabited (even if it was just cannibals visiting his abode on a regular basis to kill and eat their prisoners) the only connection I was able to make with that other person was through a common bond of humanity. Footprints on a page. Speculation was another nexus, too. Reading the little-more-than hieroglyphics on the margins of the book prompted me to make up a mental image of this fellow Austen enthusiast. She was probably a woman, and here I was following the decades-old cliché that dictated that most readers of the Brontë sisters and Austen were female. Shame on me, but let's carry on, shall we? She was probably in her late thirties or early forties, financially independent, liberal-minded and interested in feminist issues. Her age was chiefly determined by linguistic factors. The language she used pointed at someone who was comfortable with the English vocabulary as opposed to those cardigan-tuggers and navel-gazers one encounters nowadays who pepper their conversations with words such as 'so', 'like' and 'kinda/sorta' instead of 'somehow/somewhat'. I pictured her as someone who was not slave to fashion (she probably used charity shops) but who wouldn't mind coughing up a bit for one of this season's apparently must-have items: a Cropped Military Jacket from Selfridges.

It's very likely that one of the reasons why I enjoyed 'Emma' better this time around (I first read it in uni and didn't like it at all) was because there was a subplot running alongside it that brought out the Sherlock Holmes in me. How else to react when you're reading a passage that has been underlined with the caption 'piss-taking' next to it?

That's the beauty of second-hand books as I've learnt over the years. And of second-hand CDs, too. I remember last December that when I ordered a copy of Aziza Mustafa Zadeh's 'Seventh Truth' I received a message from the seller telling me how much he and his girlfriend loved the record and the only reason they were parting with it was that they had an extra copy. I e-mailed him back telling him that I loved Aziza's music and that my two favourite albums by her were ' Dance of Fire' and 'Always'. He then replied to my missive saying that those two were his favourite ones, too. Needless to say I gave him a five-star rating on amazon.co.uk marketplace.

Like a message in a bottle, whose purpose is to reach out to the wider world, a book that has been previously owned carries a history hard to ignore. Those coffee/tea/food stains, telephone numbers scribbled down in a rush on a torn page and then left behind ('I'm sure that I wrote it somewhere, I know, I had my book in one hand and my mobile in the other'), highlighted passages to be re-read and analysed afterwards with the intention of being discussed online (yup, that's me); this is all part of the reading - and writing - experience. It's one of the reasons why I read and why I love buying second-hand books.

Labels: A Cuban In London, books, Cubans in London, literature, Of Literature and Other Abstract Thoughts, reading