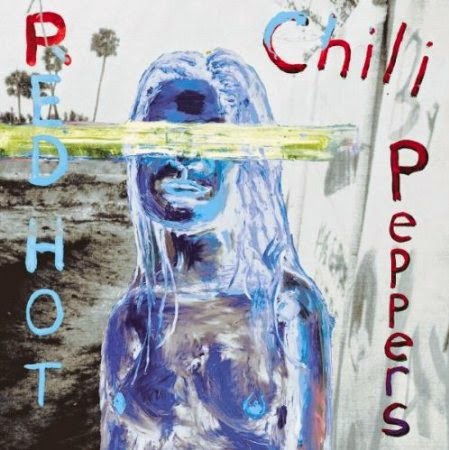 Taking its cue from the blog author’s latest post about his road trip to Brighton with his son, K.O.S. dusted off one of the most emblematic tunes of RHCP’s repertoire. In the case of By the Way a huge responsibility was placed on its shoulders. As the title track AND the Killer Opening Song it was the bait to lure both Chillies and non-Chillies fans into the record. Luckily the melody pulled it off. From John Frusciante’s furious, opening guitar notes to lead singer Anthony Kiedis’ energetic vocals, By the Way combines RHCP’s high octane mix of funk and alternative rock.

It is also the key that unlocks a musical treasure-trove. Universally Speaking is pure emotion. The official clip for The Zephyr Song is visually striking. Can’t Stop credits its inspiration to the enigmatic and thought-provoking Austrian artist Erwin Wurm.

Centre to all this musical prowess is the Killer Opening Song. And a key part to it was guitarist John Frusciante who had returned to the Chillies in time for the recording of their hugely successful album Californication (another gem of a K.O.S. there, too with Around the World, but instead of a guitar riff at the start there’s bassist Flea doing what he does best: bringing the house down). Frusciante’s well-known drug problems kept him away from RHCP for a few years but after successfully completing a rehab programme he was welcomed back by his three compadres. The result was an album that, you could say, book-ended the Chillies’ most prosperous period, Californication in 1999 together with 1991’s Blood Sugar Sex Magic which K.O.S. used to play so often that the tape finally gave up one day (remember tapes?).

The link to Californication (the song) goes deeper as the lyrics in By the Way suggest a continuum to the “teenage bride with a baby inside/getting high on information” mentioned in the former track. In By the Way she becomes “Dani, the girl”, who “is singing songs to me/beneath the marquee”. In 2006’s Stadium Arcadium Dani California is a “lover baby and a fighter”.

Cryptic lyrics, powerful and melodic guitar riffs, excellent vocals. In this context one could see By the Way as the musical harbinger of what the noughties would herald for Red Hot Chilli Peppers. All thanks, once more, to the Killer Opening Song.

Next Post: “Sunday Mornings: Coffee, Reflections and Music”, to be published on Sunday 4th May at 10am (GMT)

Father and son. The open road ahead of us and Brighton the destination. Father and son. Cruising down the M25 after staying behind in London on our own for a couple of days before re-joining my wife and daughter in the coastal city. Depending on your approach to parenting and who does most of it, you might have added the phrase “to our own devices” in the previous sentence, ideas of haplessness and clumsiness circling your head, a snarky joke ready to slip out of your lips, images of dad and mini-version of dad having an Indian takeaway, pizza or some other “easy” food. Or you might have thought of a father and son working together on various chores around the house and relaxing at the end of the day with a good film and some proper grub, cooked by the two of them. Tarkovsky accompanied by a curry (made from scratch).

We had pizza the night before we went to Brighton.

We also did various chores around the house such as cleaning the patio, mowing the lawn and ironing clothes. Airplane was my decision, part of what I believe to be my older one’s general education. It’s a classic that has stood the test of time, although I must admit that a couple of times the film made me cringe a bit. I don’t think that many of the jokes would be allowed nowadays in our more politically correct world. My boy enjoyed the movie, though. He laughed his head off. The icing on the cake was a CD I had made earlier on during the day for our trip to Brighton together the next morning.

The idea was simple. I asked my son to bring a couple of CDs of his to play in the car and I would choose two or three from my collection to share with him. We would play DJ to each other. I like a lot of the music he plays (mostly rock nowadays) but he is not acquainted with my broad musical taste. Focusing mainly on rock, but of a bluesy, funky, reggae and pop nature, I was planning to introduce him to some classics.

I could not remember when I had last driven to Brighton (I think I had done it only once before) and being a bank holiday weekend the journey could be two hours or four. We set off mid-morning.

There was only a little hiccup and that was that none of my son’s CDs played on the car stereo. Maybe because of the fact they were burned and not original ready-made. Strangely, though, one of mine (burned, too) did play. That was enough, though. The boy was entranced by the music coming out of the speakers and I could feel it. If you are the parent of teenagers you will be aware of their occasional awkward silences and lack of expressiveness. Grunts are usually surrogates for yes and no equally. My boy is no different. But I know when something’s grabbed him. The CD I burned had a killer opener, Loan Me a Dime, as performed live by Boz Scaggs. For a sixteen-year-old who is mad about playing guitar (and is pretty good at it, that’s not just the father’s voice speaking, he is bloody good, he is) the first chords of this timeless blues, originally written and performed by Fenton Robinson, was like manna from heaven. That was swiftly followed by the first notes on A minor of Bob Marley’s Exodus just as we were about to hit the M25. Exodus on the stereo and we were escaping the city. The boy sat back and relaxed. He didn’t text for the next hour and a bit. By the time the Red Hot Chilli Peppers were belting out By the Way I had joined the chorus. I know that you will call me a show-off and a braggart but when it comes to making compilation CDs I am second to none. Who came after the Chillies? Led Zeppelin. Because if you are going to introduce a teenager to the classics, do not beat around the bush, go for broke, mate. So, I did. Led Zeppelin’s live version of Whole Lotta Love with the blues medley in the middle. Almost fourteen minutes of pure, unadulterated bluesy rock, followed by two bands without which the music my son listens to (metal) wouldn’t exist: Deep Purple’s Smoke on the Water and Black Sabbath’s War Pigs. With the latter I saw my son out of the corner of my eye playing air guitar to Tommy Iommi’s opening riff. I wouldn’t be surprised if any time now I hear a similar sound coming out of his bedroom.

Luckily the trip didn’t last long and the queues I was warned about never materialised. As the last notes of the Chillies’ (them again, twice!) Breaking the Girl faded away we arrived on the coast. Did you like the CD, then? I asked my son. Open-eyed and smiling, he said, yes. Who knows, maybe, I’ll have to do the pizza and DVD more often. With another compilation CD as the icing on the cake. Even if others disagree because their approach to parenting is different to mine.

Next post: “Killer Opening Songs”, to be published on Wednesday 30th April at 11:59pm (GMT)

Labels: A Cuban In London, Brighton, Cubans in London, music, The Kinks, You Really Got Me
Newer Posts Older Posts Home
Subscribe to: Posts (Atom)