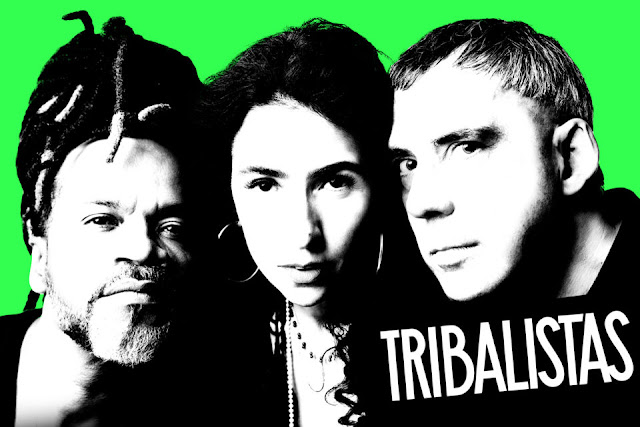 Diaspora, the opening track on the Tribalistas’ second album, is more than just a song. It is a prayer, a lament to the human condition. Especially to those caught up in the recent refugee crisis. Lines such as “Onde está/Meu irmão sem irmã/O meu filho sem pai/Minha mãe sem avó/Dando a mão pra ninguém” point to a certain sensibility, often absent from official, political circles. After all, we all have a father, a mother and a grandma.

It is this deep human connection that has made Tribalistas the successful supergroup they are. And it is precisely this sort of kinship that fans of the band will be able to feel at the Eventim Apollo on Sunday 4th November, the first time the Brazilian outfit will play in the UK. From their debut album in 2002, to their sophomore effort fifteen years after, Marisa Monte, Carlinhos Brown and Arnaldo Antunes have added another dimension to the human experience. One that goes beyond musical boundaries.

Supergroups come in two guises. There are those that stick to a well-trodden, successful and familiar musical path, say, blues-driven Cream and those which become genres unto themselves. For instance, experimental-sounding, all-star Irish The Gloaming. Tribalistas belong to the latter category. Their songs are not the typical samba-lite, listener-friendly, Brazilian sound commonly found on Jazz FM’s Breakfast show. Monte, Brown and Antunes have three very distinctive personalities and voices. However, so far the trio has managed to find enough common ground to churn out two outstanding albums, each a masterpiece in its own right.

Rio-raised Marisa Monte has a singing style that has been influenced by both samba and opera, having trained in the latter in Italy. Ex-Titas member, Arnaldo Antunes has the sort of earth-scorched vocals that can turn even the glibbest of pop songs into an intellectual manifesto. Carlinhos Brown’s mid-range, melodious timbre is the perfect counterweight to Marisa’s lyrical and Antunes’s deep-voiced tones.

Just like 2002 Tribalistas, the 2017 outing, of the same name, is arrangement-rich. Collaboration is the key amongst the Tribalistas. Sixteen years ago, the evidence was in tracks like É Você, a dreamy tune that found Brown and Monte’s voices intertwining organically. Fast-forward to Tribalistas 2 and you have the foot-tapping, momentum-building Tribalivre, an ironic take on work that boasts Antunes’s lead on vocals, Monte on guitar and backing vocals and Brown playing all kinds of instruments, from congas to berimbau.

More than a musical statement, Tribalistas is that rarest of beasts nowadays. A supergroup whose members have left their egos behind in order to create a solid, politically- and socially-minded sound. The concert at the Eventim Apollo on Sunday 4th November promises to be a once in a lifetime opportunity to experience this.