Can there ever exist a person whose life is so calm and untroubled that it doesn't merit being written about? This is a question that crossed my mind recently whilst I was reading about Tony Blair's memoir 'A Journey'. His book comes hot on the heels of a similar tell-all volume: Peter Mandelson's 'The Third Man', which saw the light in the summer. Mandelson was one of the architects of New Labour and a Machiavellian figure in British politics for many years. And as if that wasn't enough, Fidel Castro Ruz, the former president of my country of origin, has also joined the memoirists' brigade with his own oeuvre, 'The Strategic Victory', an account of the armed struggle he organised against the Batista regime pre-1959. If I was to don my leprechaun's hat (which I keep fairly close to me in these days of cricket scandals and phone tapping allegations) I would combine the titles of the three books and would come up with something like "The Third Man's Journey Towards the Strategic Victory". Delete characters according to taste. Or disgust.

Facetiousness aside (mind you, only just), this is a funny time to be a reader of memoirs and biographies. They keep popping up like dandelions in the spring. And like the golden-yellow weeds, a lot of them are not a welcome sight. Pseudo-celebrities and athletes have tackled the genre head-on as the sole way in which to demonstrate to all and sundry that they can string two sentences together, conveniently overlooking the fact that everybody knows there's usually a 'ghost' writer lurking in the background. Very often the lives whose details assail us in bookshops belong to people who've barely had any experiences in life about which to write. as I write this post some of the most popular bigraphies, autobiograhies and memoirs on amazon.co.uk are 'JLS: Just Between Us: Our Private Diary', Peter Andre's 'My World: in pictures and words' and 'Through My Eyes' by Cheryl Cole. Based on their content (I had a quick skim-through), the answer to the opening sentence of my post is: yes, some people's lives do not merit being written about.

However our narcissism would not let that happen. Human beings are self-indulgent by nature and politicians, sportspeople and artists take pole position when it comes to egocentrism. Hence the memoir or biography as a vehicle to let it all out. At this point I would like to make a distinction. A memoir is a record of events of which a person had intimate knowledge at a particular point in his or her life, whereas a biography or autobiographhy is a historical account of a person's life. The former is sometimes used as a conciliatory or antagonistic (Blair on Brown, for instance) tool, whereas the latter is usually written when the subject's dead, although not always.

This egocentrism, mixed with our natural penchant for prying into other people's lives, have given us a Pandora's Box-like scenario where the likes of Katie Price and Victoria Beckham reign unchallenged and trump more honest and gripping biographies like that of Ayaan Hirsi Ali's 'Infidel'. And this picture is not even confined to the realms of non-fiction. Scan through the shelves of your local bookshop and you'll find novels whose leitmotif is human misery. If many of them read and sound like true accounts of hardship is because the authors have realised that they have a ready-made clientele who have been softened by real-life tales from those they worship.

It wasn't always thus. I have read a fair amount of biographies and autobiographies in my life (fewer memoirs however, although Primo Levi's 'If This Is a Man / The Truce' remains one of my top favourites) and what I'm usually surprised by is how much the author empathises with his or her subject. The prime example is 'Fouché', 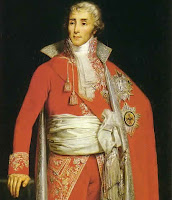 a biography written by the Austrian novelist, journalist and playwright Stefan Zweig. Never mind the fact that the French politician has become over the years a byword for calculated cunning, Herr Zweig's masterstroke is showing us the circumstances that laid the grounds for Fouché's transformation from a revolutionary firebrand during the French Republic into a cold-blooded manipulator by the time Napoleon was in power. I remember closing the book and feeling a sense of satisfaction. So, this is how politics works, I said to myself. That was more than twenty years ago and I still haven't changed my mind.

Another good example of how deep and human biographies used to be is 'The Autobiography of Malcolm X', part historical account, part memoir. If I was asked which part of the book I recall more vividly I would have to answer that it was when Malcolm acknowledged that violence and black racialism were not the weapons with which to fight the establishment. For a man with a past rooted in hustling, drug addiction and later on strict, religious zealousness, this U-turn meant that he had finally matured and achieved a new and higher, I would dare to add, degree of rational thinking.

Nowadays, however we are flooded by a deluge of confessional tales whose relevance would pale next to a short story written by a six-year-old. It seems that the same invitation that blogger extends to future cyber-writers to 'share your thoughts, photos and more with your friends and the world' (provided that, as in my case, blogger is your blog service provider) has been lapped up by non-entities shoving their presence down our throats. Shallowness has replaced depth as the main drive to get your (sometimes barely-lived) life story in the bookshops.

Let me, then, return to my introductory question: Can there ever exist a person whose life is so calm and untroubled that it doesn't merit being written about? In Blair and Mendelson's case, the answer is yes. Because although they have led far from unexciting lives, they are not telling us anything new, or what we really want to know. The last thing we need is more political spin and back-slapping. As for Fidel, what I'm really keen to know is what happened after 1959, Comandante en Jefe. And I want the truth, the whole truth and nothing but the truth, warts and all. Now, there's a biography/memoir I would love to read.

I sometimes let people know about events in London, whether I am going or not. Next Saturday 25th there will be one such activity that people might be interested in attending. This is from fellow blogger, Sila Blume who writes the Coffee Dramatist blog. I've included her promo in the same way she sent it to me. I hope you can make it.

to intensify:
to minimize:
to listen:
patiently

Next Post 'Killer Opening Songs', to be published on Tuesday 21st September at 11:59pm (GMT)

Labels: A Cuban In London, Cubans in London, music, Sometime Around Midnight, The Airborne Toxic Event