Sometimes I struggle with words when it comes to writing a post. Not because they abandon me, although that has happened on a fair amount of occasions. No, the reason is, rather, that I tend to complicate things, to overdo them. To use a football analogy, it's the same situation as when a player is one on one with the goalkeeper and kicks the ball as hard as he can, only to rattle the post when a soft ripple into the back of the net would have sufficed. In my case, my Hispanic background is partly responsible for this excess of words. We use lots of subordinate clauses in Spanish, insert explanatory phrases in the middle of a sentence and indulge in annexing adjective after adjective after adjective to a single noun in a case of severe linguistic polygamy/polyandry. In short, I waffle.

Simplicity. That's what I call for sometimes. When I began blogging I wrote as and when it took my fancy, but then I got into a routine. No more than three posts per week, research them well, write a small intro so that I stay on topic and save them as drafts. But sometimes I stare at the screen, words bursting out of its frame and I suddenly think: "It's too much". What is too much, though?

The answer arrived recently. Or rather, it wasn't an answer as such but a thought that occurred to me a few days ago because, really, there's no response to that question. What is too much for you might be too little for another person. If not, ask anyone who's had to hand in a ten-thousand-word essay at university.

On that particular occasion I was driving around London and it was raining very hard. It was nighttime and the wipers were swish-swashing on the windshield. On the car stereo Janis Joplin was singing 'Me & Bobby Mcgee'. And there, right at the beginning, in the first verse, came two lines that made me ponder the simplicity vs complexity dilemma: "Windshield wipers slapping time, I was holding Bobby's hand in mine/We sang every song that driver knew." How uncomplicated, isn't it? And yet I had always overlooked those words. Up to then, if you had asked me, I would have said that the phrase that had always stuck in my mind from that track was "Freedom is just another word for nothing left to lose" but on that night I looked beyond the "windshield wipers" of the song and began to see the other drivers'. What came back was a harmony of blades, each dancing its own solo piece, and yet at the same time part of the same rubber choreography. If you've ever driven in the rain at night, especially when it pours down, you will be acquainted with this phenomenon. Stop at a set of traffic lights and you will notice each car's wipers going their own way, moving at their own speed, different from your own pair. After a while, though, you begin to notice certain coordinated movements that make them resemble a chorus line ready to execute a jeté together. Throw in indicators and you'll be watching a West End musical in the comfort of your own car. Swish, swish, blink, blink! One, two, three, four, and... one, two, three, four! 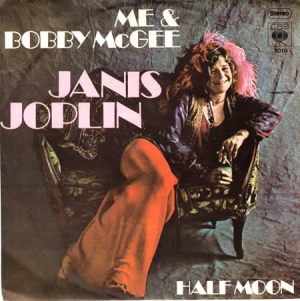 Let me go back to that line: "Windshield wipers slapping time, I was holding Bobby's hand in mine/We sang every song that driver knew." Its beauty lies in its simplicity. How many times have we caught ourselves remembering songs we've sung until we're hoarse in the back of a car? How many times have we held hands with friends, windows rolled down, motorway ahead of us? Sometimes the tracks being played don't even appeal to us that much, but it doesn't matter; we share the same enthusiasm the person behind the wheel has for them because we want to sing every song the driver knows. In just a couple of lines Kris Kristofferson and Fred Foster give us the splashing of memories, the rustling of bygone years.

The second example I can think of simplicity trumping complexity is a song by the Argentinian musician Charly García. 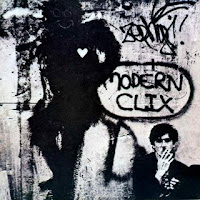 But it is the next set of lines that brought home the whole horror of this situation. In 'Los Dinosaurios' Charly also dealt with the systematic rape to which the girlfriends, wives and partners of the 'disappeared' were subjected. Although it was not covered as much as the torture meted out to the anti-junta activists at the time, cases of sexual assault came to the fore after democracy returned to Argentina. To read those lines is to expose yourself to the slow rotting process of the human soul:

I admit that I like waffling occasionally. It's almost a trademark. But sometimes I feel jealous of how certain writers, musicians, photographers and artists can convey the deepest of messages in the briefest way possible. After all, even if you haven't got a car, your windshiel wipers will continue to slap time.

Next Post: 'Of Literature and Other Abstract Thoughts', to be published on Tuesday 5th October at 11:59pm (GMT)