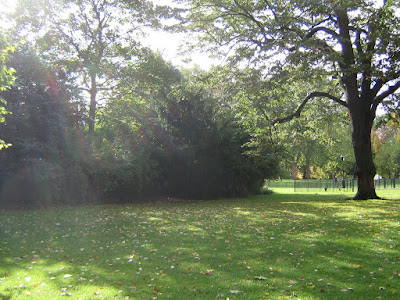 "It feels as if she's always been there, on the other side of my mind, knowing what the other half is thinking all the time." It was a typically cool evening in early December, mid 90s Havana. The annual Latin American Film Festival was in full swing and in between shows my friend A and I were discussing her love life. "If you'd asked me months ago if I would ever feel like this for another... you know... I don't know... I would have laughed in your face, but now... I just can't stop thinking about her. It's so... confusing". It was. And for me, too. My friend A was in a new relationship. But unlike her previous partner, her current squeeze was a woman.

Less than a year before my friend A, her then boyfriend, my girlfriend at the time and I attended a concert by the Cuban singer-songwriter Pablo Milanes. I remember thinking at the time that A was the happiest I'd ever seen her since meeting a year before in uni. She confessed to me that she'd just come out of a long streak of short, failed relationships. But the guy she was seeing now was the one. She had no doubts. And neither did I.

What happened then in those intervening ten or eleven months? D happened.

Human sexuality is one of those fascinating areas that provoke both awe and inhibition in equal measure. Introduce the subject at a dinner party and the floor usually clears in the same way it does when a lame DJ makes a bad musical decision in a club. If there is a no-no when we are in polite company it is the discussion of politics and/or sex (and quite often the two of them go hand in hand). Unless, that is, we're in a small, intimate environment, with friends who will not judge us harshly or unfairly for the comments we might make. On the other hand, if your companions are strangers or acquaintances, the conversation might feel a tad bit uncomfortable.

Why? I guess that it comes from two sources: one is the image we present to the world, the other one is fierce ownership of the still waters that run deep inside us. My friend A was a second year university student at the time she started her relationship with D. She came from a stable home, with parents happily married, sister studying engineering (and coming out of the closet, too, shortly after A), good academic results and a strong network of friends, of which I had just recently became a member. To the outside world, she was the standard heterosexual woman, the opposite of the butch caricature with which lesbians are still unfortunately identified. That was the image she presented to the world. But inside her an emotional turmoil threatened to derail her. After all, can we prescribe sexual orientation?

That's where the second element comes in. Regardless of what society demands of us, we always have our inner world in which to seek refuge. What happens when we retrieve to our lair and we watch our feelings and thoughts in a gigantic plasma screen? What happens when those notions and sentiments do not conform to the stereotype expected of us? I, along other friends of A's, were there when she confronted her sexuality. At the time that long period in which she learnt about herself, about love and above all, about loving another woman, was also educational for me. As a former homophobe (yes, I hang my head in shame, but at the same time, I must declare that homophobia was, and probably still is, endemic in most Cuban schools at the time. Sadly, it's the same situation in many countries around the world, including the UK), I had a close insight into A's life which convinced me that when it came to affairs of the heart, gays and straights were joined by the same umbilical cord. It wasn't just my friend A who unwittingly helped me in this process. Another close friend of A and mine, (D, not her girlfriend, but a young man) was also homosexual and he became my best pal until I left Cuba in '97.

The key in A's development as a person who found the strength to come out of the closet years after - alas, not with her first girlfriend - was how she turned her back on that first element I mentioned earlier, the image we present to the world, whilst slowly embracing the second: her inner self. It was a process that I can only compare with how the sun breaks through the tree branches on a cold autumn morning after an overcast sky, even if the analogy sounds corny.

One of the misleading notions about people who 'cross over to the other side' is that it's all about sex. And yet, I don't remember either A or D (male) making much fuss about it. In fact, I recall asking A that question in relation to her former beau and her response was that though she'd had enjoyed intercourse with him, with her new partner it was different. For starters, there was much more talk and mutual hobbies, not just physicality, but even when they got physical, it was often cushioned by reciprocality. Secondly, there was a connection, a strong tie that bound them together.

Same-sex relationships, sadly, are the easy target of many modern societies, developed or not. Just recently in the US, president Obama has released a video to draw attention to the problems and dilemmas faced by gay teenagers in that country after a spate of suicides amongst homosexual adolescents called for more direct intervention. Compare Obama's attitude with the malevolent, American-imported, world of gay-to-straight conversion already taking place here in the UK, according to research carried out by journalist Patrick Strudwick, and you might understand why so many homosexuals still seek the (false) comfort of the closet, rather than accepting who they are. Add religion to the mix and being an out and proud gay person is as explosive as dynamite.

Human sexuality cannot be prescribed anymore than you can make a final decision, aged seven, about the colour of shoes you will be wearing for the rest of your life. One of my wife's better friends (female) lives in cohabitation with a guy who was gay for most of his life, including having long-term, meaningful relationships. Yet he fell for my wife's friend so strongly that they even started a family together.

Still, mention of this in the pub on Friday night could lead to your spending the rest of your professional career with the 'office weirdo' label stamped on your forehead. And yet, I know, from experience and from watching people around me, that sexuality is never black and white.

My friend A lives now in Spain, in what I'd like to imagine is a fulfilling and beautiful relationship. And although we have not seen each other for many years, this post is my way of thanking her for existing, for being my friend and for helping me look at the world with less mist on my lenses. Because the mist is always there, sometimes it's denser, sometimes less so, but it's how we learn to cope with it that counts.

Next Post: "La Lectrice/The Reader (Review)", to be published on Tuesday 2nd November at 11:59pm (GMT)