Living in a Bilingual World (Allegro) 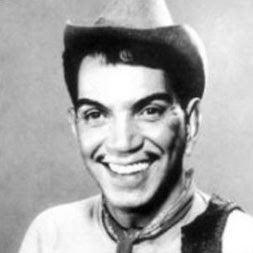 Humour is one of the ways in which children learn a foreign language more easily. It is also one of the elements that make the pupil more conscious of actually 'thinking in the new tongue' without resorting to translation all the time. And it was with this thought in mind that I introduced Son to the wonderful world of Cantinflas, the famous Mexican comedian who crossed borders (literally) with his wisecrack and popular puns.

As with everything in life, I had to start from a very simple English-speaking film as I was aware that Son was not used to the Mexican Spanish norm with its 'changos' and 'cuates'. The film we chose, 'Around the World in 80 Days' was a UK production, winner of five Academy Awards and easy to understand. Well, easy to understand for me, who'd already seen it when I was younger. Son was a little bit floored by the plot and I had to explain certain parts of it to him. However, when I saw the excitement on his face about sharing this piece of Father's life with him, all I could think was: Thank God for foreign languages!

And this was corroborated by a report showing that the French and German languages have almost perished amongst the options for students doing their GCSEs this year. One of the secondary schools Wife and I went recently to have a look at for Son, had just scrapped its Spanish course.

Why? Well, the reason is simple. English remains the lingua franca in the world today, a landscape shaped mainly by the aftermath of the Second World War, when the US took over from the ex-colonial powers as the ultimate economic force. Yet, with 44m Spanish-speakers living on US soil now, el Castellano is fast becoming the language to speak if you want to make inroads in business. Currently most presidential hopefuls have to at least make a third of their speech in Spanish if they're to have a chance at the polls with the fastest growing community in that Northamerican country.

Because the UK hasn't got the same pressing case (although it boasts the largest Columbian community outside Columbia) it can afford to be more complacent. The most commonly used phrase on Spanish shores is 'Quiero dos cervezas, por favor', which explains both the age group that travels to the Iberian nation and the fact that Brits buy everything in pairs.

Son did find the first part of 'Around the World...' amusing and I'm sure that in weeks to come I'll be able to show him the other films, with the same Mexican actor, I was lent in pure and unadulturated Spanish. And that, readers/posters/fellow bloggers, is the beauty of delving into another culture without the need for translation: enjoyment and self-enrichment!