German has its subordinate clauses where the verb is always placed at the end. Spanish and French have the ubiquitous (and difficult!) subjunctive mood to negotiate. Plus two dyed-in-the-wool academies (Real Academia Española and l’Académie Française respectively) with very little time for modern, linguistic twists. And English? Well, the language of the Anglo-Saxons has gone Globish, a lexicon whose existence is deeply rooted in the way the role of English has been reframed in recent decades, becoming anarchic by nature in the process. From Nigeria to Malaysia, Shakespeare's language belongs to no one and to everybody. We speak English in whichever way we want to.

There still exists within this lingua franca a trait that is enough to send the sanest of human beings to the nearest madhouse: it is the stark contrast between the spelling and the pronunciation of many words.

If you've ever felt as if you were metaphorically marooned on a deserted island because you couldn't work out how to pronounce and/or tell 'should' or 'sought' apart, then, welcome to the club, my friend. This is the 'Club of Non-Natives Who Thought English Was Easier Because Of Its Grammar, Only To Find Out That Its Pronunciation Vs Spelling Structure Was Anything But'. Long title, I know, but it truly reflects the club's large membership. 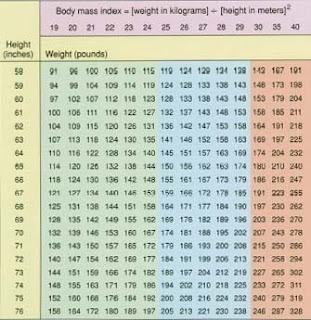 Take 'weight' [weyt] and 'height'[hahyt]. We all know what they mean and how to pronounce them. But have you ever stopped to think of what would happen if you tried to utter one of those two words using the articulation of the other? In the case of 'weight' pronounced as 'height', your audience, at best, would try to work out why you're including references to 'biped' or 'Homo Sapiens' in your conversation; at worst you'd be downright misunderstood. With 'height' the situation would be very different. Any attempt to apply the way we pronounce 'weight' to the noun that denotes 'extent or distance upward' will be met with quizzical looks. Why are you asking me what my 'hate' is? You mean my pet hate? Confusing, I know.

One of the reasons for this mess, beautiful and intriguing as it is, though, is that English is not the result of one single linguistic stream. English is the result of centuries and centuries of, sometimes small and sometimes large, geopolitical and historical events, which have brought about deep and significant changes in the way it is spoken and written today. Take Hollywood for instance. Starting in the 1920s and peaking in the '40s its presence and influence have been omnipresent, chiefly in a Europe devastated by the Second World War and in need of escapism. Thus, American English, or at least the brand exported by Tinseltown became the standard by which most countries strove to speak this Germanic language. The examples abound, 'theater' was favoured over 'theatre' and 'color' over 'colour'.

That still leaves the whole phonemes vs graphemes question unanswered. Whereas in a language like French you know that there are three kinds of 'e' sounds whose pronunciation usually matches spelling (yeux, les and chaise, for instance), in English the disparity between what you hear and what you read is abysmal. For example the grapheme [a] can be found in the following words and yet the pronunciation changes each time: hat, adorn, mate, pillage.

Attempts to simplify the spelling of words in English are being made, even if they have not proved to be successful. One reason is that there's no national or international body tasked with the responsibility of safeguarding the English language for future generations. And good on English, I say! Spanish and French have long lagged behind their Germanic counterpart because the two aforementioned academies frown upon neologisms. In the language of Cervantes you have to wait for decades before a new term is admitted in the Diccionario de la Real Academia Española despite the fact that it's probably already widely used by Spanish-speakers. By contrast English is dynamic and ever-changing, coining new words and phrases. If only their pronunciation/spelling combination made sense most of the time!

The other night when I began to write this column the first example that came to my head was 'laughter' [lafter] and 'slaughter' [slawter]. Just one letter ('s') separates both words and yet they couldn't be more different. On the news a few years before I'd heard that a wedding in Afghanistan had ended in a bloodbath when the crew of a US fighter jet had mistakenly thought that the shots being fired in the air were projectiles aimed at them. They were instead part of a traditional celebration. In the comfort of my London home I thought of how, through the addition or omission of one letter and a change in pronunciation, a journalist's report could move from elation to tragedy in an instant. A quirky - and dare I say, cruel - trait indeed.

Next Post: ‘Sunday Mornings: Coffee, Reflections and Music’, to be published on Sunday 20th March at 10am (GMT)
Posted by A Cuban In London at 23:59

Labels: A Cuban In London, Cubans in London, English, Foreign languages, Living in a Bilingual World