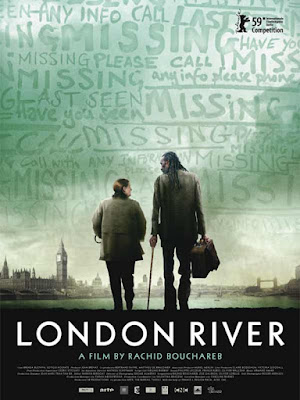 It's hard to envisage someone trying to create or make sense of beauty when confronted with an atrocity. More so when the barbaric act to which this person bears witness is the consequence of the worst terrorist attack a city's ever seen perpetrated against it. It, then, shouldn't be hard to understand the initial reluctance by writers, musicians, film-makers and artists in general, to address the events that befell London in the summer of 2005.

7/7 will always be etched in our collective memory, not just because of the eerie, iterative numerical combination, but also because it happened a day after the British capital had been confirmed as the host of the 2012 Olympic Games. Suddenly the mood in the streets went from elation to despair.

However, in the end artists did respond, not only to the bombings, but also to some of the events that took place in the wake of the terrorist attack: the shooting of the Brazilian Jean Charles de Menezes two weeks after 7/7, for instance. Nitin Sawhney's eighth studio album, 'London Undersound', aimed to celebrate and comment on London and its cultural diversity. A memorial to the victims of the carnage was unveiled in Hyde Park in 2009. And film made its own contribution, too, in the form of Chris Morris's satire 'Four Lions' and 'London River', directed by the French director Rachid Bouchareb. The latter, in particular, is a movie about tragedy and loss as much as it is about prejudice and ignorance.

Elisabeth (another five-star performance by Brenda Blethyn) is a farmer on the idyllic island of Guernsey. Her daughter has recently moved to London and seems to be doing well, although mum is unaware of what her offspring's daily life entails. Watching the events of 7/7 unfold on TV, Elisabeth calls her daughter to check she is OK. After leaving countless messages on her mobile and getting no response, she finally takes a train London-bound, leaving her brother in charge of her farm. Upon her arrival in the British capital she comes face-to-face with the havoc wreaked by the terrorist attacks. 'Missing' posters are put up on walls outside underground station by relatives who still don't know the whereabouts of their loved ones. Police stations are stretched to the full by the many enquiries from members of the public. Hospitals can barely cope. The only place Elisabeth resists visiting is the morgue. She still has hopes of finding her daughter alive.

Elisabeth is joined in her search rather fortuitously by African immigrant worker Ousmane (a fine turn by Malian actor Sotigui Kouyaté) although she rejects him at first. Ousmane is looking for his son, whom he hasn't seen since he was six. At some point he fears his boy might have been one of the suicide bombers, or at least had something to do with the atrocity. When Ousmane finds a photo of his son with a group of friends, he immediately recognises Elisabeth's daughter whose 'missing' poster he'd seen before. What follows after is a thoughtful and mature meditation on 7/7 and human relations.

The performances are superb, but so are both the direction and script. In just under an hour and a half, Bouchareb constructs a credible story and craftly allows its main characters to take ownership of it. His is a hands-off approach that benefits greatly from the expertise of Kouyaté and Blethyn. The script is rich in nuances (Elisabeth's conversations in French with Ousmane are a joy to behold and put paid to the notion that all Brits are monolingual. They're not). After the initial froideur from Elisabeth towards Ousmane, the barriers come down. At the centre of the story is the tale of two human beings who are not dissimilar to one another: they both work the soil, Elisabeth as a farmer, Ousmane as a forest worker in France; they have both grown apart from their children, in her case she is surprised to find out that her daughter has taken up Arabic (her daughter and Ousmane's son are also a couple). Ousmane, on the other hand, feels guilty for not having been present in his son's life.

In the end, though, even with the tragic dénouement that engulfs both parents, we're left with the idea that when faced with events like 7/7 it's our common humanity which should/will prevail. Precisely the kind of message that the victims of the London bombing would have liked to hear. This is another must-see film.

Next Post: ‘Sunday Mornings: Coffee, Reflections and Music’, to be published on Sunday 13th March at 10am (GMT)


LONDON RIVER trailer from Trinity Films on Vimeo
Posted by A Cuban In London at 23:59