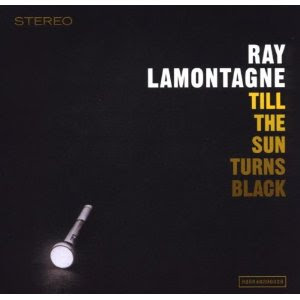 When a whisper spooks its way into your soul and a murmur echoes inside the walls of your inner being you know that you're not just in the presence of a musician, but also of an artist.

Ray LaMontagne belongs to that dying breed of artist(e)s who make the ordinary extraordinary and Killer Opening Songs is happy to have him on the lounge tonight. 'Be Here Now', the K.O.S. of his sophomore record, 'Till the Sun Turns Black', seems to materialise out of nothing; its mere existence a mix of brooding and sanguinnes (Don't let your mind get weary/And confused your will be still, don't try/Don't let your heart get heavy/Child, inside you there's a strength that lies).

Ray's craft is based on a world-weariness that belies his almost thirty-eight years. That such a young man could produce two amazing records (his debut album, 'Trouble' was widely acclaimed by critics), one straight after the other in the space of two years, shows an extraordinary ability for song-writing. That he achieved this at the same time as X-Factor and other copycat formats consolidated their hegemony over a repetitive and uninspiring pop market, is Herculean.

'Be Here Now' opens a musical cycle in which each song, in K.O.S.'s opinion, represents the sun's position in the sky during the day. However, regardless of their tempo, all the tracks cover Ray's usual subjects: life, love, heartbreak and optimism. Delivered in a raspy voice, his melodies carry the weight of experience and the hard blows sometimes brought about by vicissitudes.

Special acknowledgements must also go to the production team, above all, Ethan Johns, whose arrangements render this record versatile and varied. 'Three More Days' is good old-fashioned soul-blues, whilst 'You Can Bring Me Flowers' is a jazzlite song that has Miles Davis written all over it. It shouldn't come as a surprise that the aforementioned tracks sit almost in the middle of the album, just as the sun reaches its zenith.

Next Post: ‘Sunday Mornings: Coffee, Reflections and Music’, to be published on Sunday 3rd April at 10am (GMT)