Out of all the jobs I've done and applied for in my professional life, there's one that still sticks in my mind: publicity officer for a foundation that organises residential creative writing courses. What inspired me to fill out a form with the hope of being accepted? A multitude of reasons. The one that stands out the most, however, is that I've always been intrigued about what lies behind the teaching of creative writing.

One way or another I've addressed this topic before in this space and I'm not about to repeat myself. To me writing in its simplest form is both a mundane and an extraordinary activity. The former because we do it every day without even thinking about it, the latter because, when you look at all the effort that goes into arranging words in a particular order so that they make sense, it's quite a deep mental process with which we're faced. So, why can't we be creative in the same easy way in which we produce endless paragraphs without any second thoughts? And what does this process depend on? 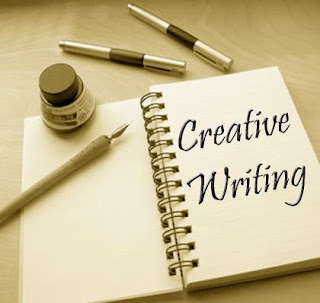 Creative writing courses have increased in popularity in the last ten years. This is not at all surprising. Even though the print industry (including books) is on its dying throes we still dream of our magnum opus. The novel that will define an era and blaze the trail for aspiring young'uns or, in a more realistic scenario, just pay the bills. Would I be right in stating that we all carry a fiction volume inside us? I think I would. However, whether your tome belongs to the War and Peace variety or The World is Full of Married Men category is ultimately your decision.

The question, though, remains the same: how can you teach someone a craft that, by logic, invites different responses? Isn't this didactic approach a contradiction? Writing should ideally be a vehicle for someone to unlock his/her conscious and subconscious mind, thus, the process becomes a two-way system: we, the readers, access that person's fantasy world whilst they use us as guinea pigs to explore and experiment with - sometimes - implausible plots. In other words, you can't just teach someone how to write a novel. They can only write it.

Where creative writing courses can contribute, however, is in providing a safe haven for discussing your work without expecting it to be slaughtered, quartered and hung out to dry. The art of writing carries within an element of exposure and not everyone has the temerity to display their work to all and sundry. And I haven't even mentioned critics. So, coaching is fundamental in those early stages.

Then, again, what kind of writing are we discussing here? I have defaulted, almost automatically, to novel-writing or short-story writing. But there are people who write screenplays, plays and radio sketches. What about them? Do they need that extra boost? In my opinion, given what would-be writers expect of creative courses, teaching someone how to write effectively and efficiently for television, for instance, could be compared to what steroids did to the famous baseball slugger Barry Bonds: destroy the level playing field. As it happens in music, most tutors will create a structure that their pupils will almost blindly follow. Unlike music, however, writing is a more anarchic activity, one that doesn't necessarily demand solfège exercises or theory.

I didn't get the job with the foundation. And I'm somewhat glad I didn't (although another part of me still feels mortified about being rejected), because I would have posed so many questions to my employers about the pros and cons of creative writing courses that they would have wondered why on earth I had applied to work for an organisation whose main remit was to offer budding writers places of solace and rest where they could find inspiration. I sometimes ask myself the same question.

I don't deny that there are many benefits in attending tutorials led by published authors. In my opinion, though, the key element, or elements, to focus on are not necessarily writing per se and the styles in which to do it, but other factors such as: how to find a good agent, how to deal with publicists, how to take advantage of the internet. It's true that this approach takes away the romantic side of writing, but at least it provides wannabe écrivains with a realistic outlook of the contemporary literary world.

Can creative writing be taught and would I pay for it? To the first question my reply is yes, but only broadly, without messing with the student's voice. Note that I mention voice and not style. To me a style is more generic (sci-fi, horror, chick-lit). A voice, however, is unique. In the little fiction writing I've done, both in Spanish and in English, humour has always been the ubiquitous ingredient. I can't do without it. Would I pay for a creative writing course? I would if I had the money and an immediate plan. I would probably keep my options open, meaning that whilst I would definitely look at novel- or short-story writing as my more desired goals in the long-term, I wouldn't turn down the opportunity to produce a play or a script. The main attraction for me would be, though, to learn more about the nuances of the English language. And with more and more non-native speakers picking up a pen or sitting down in front of a keyboard in order to write fiction in English, that might be where the future of creative writing lies. You heard it here first.

Next Post: “Sunday Mornings: Coffee, Reflections and Music”, to be published on Sunday 26th June at 10am (GMT)

Photo taken from the website Creative Writing Courses
Posted by A Cuban In London at 23:59