I recently had to deal with mental block. Not mine, I hasten to add, but one that took brief possession of one of the members of our school newspaper team. I oversee the group's editorial output and on this occasion I had asked one of the young journalists to write an article about an event in which she had taken part.

"I can't think of anything to write", she cried. I understand, I replied. And I did, indeed. But my approach to the task in hand was different to hers. I could see millions of ideas in her little brain desperate to come out; she, on the other hand, could see nothing but a blank page. 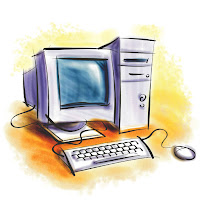 The rise of the machines has resulted in an overhaul of the way we, humans, analyse phenomena. Whereas before, trial and error would be the recommended methods (and you don't get more trial and error than when a child plays with Lego) nowadays we're so reliant on computers that we've ceded even our mental processes to them. Think of it as outsourcing our grey matter to a PC kitted out with the latest Windows software.

This 'contracting out' theory has grown in popularity in recent decades as our gadgets have become more sophisticated and easier to use. The latest pronouncement on this matter came, unintentionally, courtesy of Stephen Hawking, who, in an exclusive interview with The Guardian, said: "I regard the brain as a computer which will stop working when its components fail. There is no heaven or afterlife for broken down computers; that is a fairy story for people afraid of the dark". Most people focused their attention on Hawking's anti-religious sentiments, but I couldn't help thinking that Stephen had got it wrong when it came to the dichotomy of brain vs computer.

Imagine a computer - or humanoid - in pursuit of a long-term goal. In order to achieve it, it will have to overcome other computers chasing after the same objective. In addition to its planned calculations, the computer will have to make a few ad lib ones. Parallel to this, its internal mechanism will be dependent on fuses and cables, which will, with the passing of time, corrode and phase out. Without a clear notion of a lifespan in front of it or the significance of it (Twenty years? Maybe fifty?) the computer will devote the same time and effort to all tasks, without discriminating one against the other. It's very unlikely that it will complete the task it set out to do as it will probably burn itself out in the process.

This is one of the reasons why, no matter how hard we try, we, humans, will never be able to come up with a machine that can replicate our condition. It's not just the emotional and spiritual parts of our existence that are beyond the reach of the future Homo Robotnik, but also the wealth and diversity of the linguistic arsenal with which we're equipped from an early age.

On this issue of language, I'd like to take you back to a book I read and reviewed last year. It was "Multilinguals are...?" by Madalena Cruz-Ferreira. In it, the Portuguese author debunks the myth of the brain as a hard disk, with "its contents stored in more or less neat compartments". Although her approach owes more to raising awareness of multilingualism than discussing neuroscience, her words carry a very important message about the way in which we should see and use our brain.

Our daily conversations are peppered with exclamations, interruptions, 'wells', 'ums' and 'likes'. We wrap our language up in the safe comfort of our mannerisms and physical gestures, like a blanket that shelters us from the cold. If I may use the same example of the computer pursuing a long-term goal, when it comes to humans in the same situation, we would probably give up on the task altogether if it proved too onerous. Or maybe, we would go the other way and sacrifice everything in our life to achieve the long-desired dream. Or maybe we would top ouselves off out of frustration. Because being human sucks sometimes, and no computer would be able to replicate that feeling.

I'm pleased to report, though, that that member of the school newspaper editorial team did, in the end, crack on and got on with the job of writing her piece. Although her article has not been finalised at the time of writing, there was a big smile on her face when she finished her first draft. And that's another human trait beyond the reach of the machines: elation after disappointment.

Labels: A Cuban In London, Cubans in London, music, Pink Floyd, Welcome to the Machine