There she stood in the bathroom, hands on hips, head held high, eyes coquettishly defiant. Her mouth was closed. Mouth closed. I repeat, m-o-u-t-h c-l-o-s-e-d. 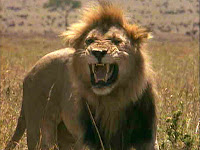 - Jirafa (Giraffe)! It was her tongue's turn to come out. 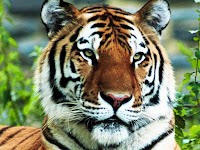 We had finished our little routine. 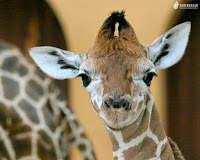 For the last two or three months Daughter has developed a system whereby everytime it is my turn to brush her teeth (after she has done it herself) she asks me to use the name of these three animals so that she can perform their actions. Thus, León, means opening her mouth wide so that I can reach into and brush the smaller crevices where remains of food are more likely to lodge and settle down to live happily ever after. Tigre means to clamp her teeth together whilst the toothbrush gladly slides down her molars and canines. The last call-out is Jirafa and in tandem with that mammal, she sticks out her tongue so that I can give it a brush.

Where Daughter came up with this routine from, I haven't the slightest clue, but the truth is I love it. It takes me right back to a time when I was still in Uni and being the inquisitive student I was, the search for new words was of paramount importance to me.

Names of animals and plants in English always eluded me throughout my language degree. There were certain myths around at ISPLE when I was still a pupil there and one of them concerned one of my favourite teachers, Nivaldo. It was said that he could name every single dog breed there was out there in English, besides various species of animals and plants. Impressive, I said at the time, and good luck to you, mate. As for me, all I need to know is how to say German Shepherd, chihuahua, cocker spaniel and pit bull and I'll be fine. Alas, I was caught out recently.

Son was given a new animal toy by Wife. So was Daughter. But Son's was a meerkat. And as I expected it he asked me what the translation was into Spanish. I hesitated for a moment and told him that it was probably some kind of animal related to the lemur, not realising that this tiny creature belongs rather to the primates. He looked at me quizzically as he really knows his animals. I kept quiet about and changed the topic. Later, surreptitiously I went upstairs and fetched his dictionary, which is really Wife's, but we let him have it. Damn! The word 'meerkat' was nowhere to be found. Stealthily I came back downstairs and switched the computer on. Wikipedia provided me with a helpful hint, meerkats are part of the mongoose family. And they live in marshes. So that solved it. Triumphantly I strolled into the kitchen and announced to all and sundry 'Meerkat can be translated as "gato del cenagal o pantano" and it comes from Afrikaans.' I still don't know whether I am right or wrong, all I know is that in between Daughter and her Lion/Tiger/Giraffe teeth-brushing routine and my Son's new exotic animals, I will end up going back to Uni, but this time instead of languages I will do Zoology.