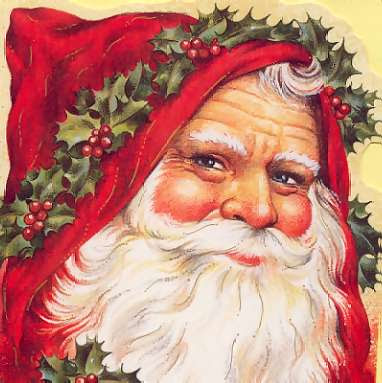 Christmas has always posed a major problem for the bilingual in me. Until ten years ago most of the phrases I use in English now related to this particular December festivity were unknown to me even in my native Spanish.

Christmas in Cuba was always a hush-hush subject. The reasons were plain for everyone to see. Religion was taken out of the equation shortly after the incumbent government took control of the country. But as an ex-colony of the Spanish empire the main celebration before 1959 was always Christmas Eve or Noche Buena as we call it in our mother tongue. A big supper at 12 midnight marked the birth of one of the most controversial figures ever.

In my house my late Grandma did maintain the Christmas Eve big supper tradition and despite my cousin's links to the Youth Communist League and my late auntie's membership of the Communist Party's a shindig was held every 24th December with most of my relatives coming from far away in the countryside to eat the roast pork laid on the table.

When I arrived in Britain one of the first tasks I had to face was how to learn the new words that involved the Christmas festivities and translate them into Spanish for my offspring. No easy feat this, as many of these terms were not used in Cuba at all since they were clearly rooted in Castillian Spanish.

The gamble has paid off, though, Im glad to say, as my own children recognise that sometimes I'm lost for the meaning of a certain word in Spanish and we all strive to look up the more apposite translation in the dictionary.

In 2007, however, our Christmas celebration reached its zenith. The surprise arrived after devouring the tasty 'guanajo' (turkey) that Wife had cooked that day.

Wife had arranged a special 'Desert Island Discs' with Children, Mother-in-Law and Mother-in-Law's Boyf. We were to pick three tracks that had made a special impact on us in our childhood, younger years and adulthood. Of course, because Children have not been out of nappies for that long yet their choice was limited. However, as I mentioned before the songs they chose showed me how important the union of two cultures under the banner of respect and acceptance was. Amongst the tunes Son selected was Los Prisioneros' 'Estrechez de Corazon', featured already on this blog whereas Daughter went Brazilian and chose Tribalistas' 'Passe Em Casa', also included amongst my favourite Autumn Songs.

At some point during the velada (soiree) I could not help thinking what a marvellous phenomenon multiculturalism was. Here we were: Wife, born and bred in Britain, but of British and Gibraltarian ancestry, Mother-in-Law, born and brought up in Blighty but with some Irish blood in her veins and a whole career playing flamenco music behind her (her playing the guitar whilst accompanying Wife's Father was one of the songs we enjoyed that evening). Me, Cuban-born, of Chinese, African and Spanish ascendance and Son and Daughter with all this mix running through their young bodies.

And on the stereo amongst other types of music, rhythms from Spain and Latin America reminding us that we were just tiny particles in the immensity of this global multilingual universe.

Merry Christmas to you all.