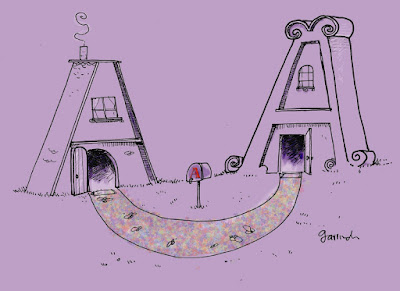 Thus sang, not the 80s Southamerican pop rockers Los Prisioneros, but my two children in the car recently with perfectly rolled 'Rs'. They've taken to Latin pop and rock like fish to the water. It all started with Daughter humming and then actually saying the words to Charly García's Raros Peinados Nuevos, one of the anthems that defined my teenage years. Currently Daughter has the lyrics pinned to the walls of her bedroom and once in a while we give it a good go; Charly would be proud. Son followed suit and now we have Los Prisioneros on in the car most of the time.

Today and, according to the Times Education Supplement, it's European Day of Languages, yet, I've not heard anything about it, have you, my dear fellow bloggers/readers/posters? Wouldn't it be a wonder if we could tune in to the good ol' BBC Morning News and see a presenter telling us about recent events in French? Or how about a John Humphreys-like figure (I'm still with the Beeb) roasting a politician in German?

Because I've seen up close and personal how learning Spanish has made my two children brighter, smarter and more culturally aware, it's harder to understand why this is not a priority in the government agenda, especially in the modern and globalised world we live in today. Lest we forget, let's recall that just scarcely a few years ago, David Blunkett, whilst still Home Secretary, called upon foreign parents (yep, that's me, then!), to give up talking to their children in their own language at home and switch to English instead. Yeah, right, Dave, well, if I was to follow your advice, matey, my children wouldn't understand a word of what's being said when we travel to both Spain and Cuba. How do you think one learns a foreign language, Dave? By osmosis? But it's not just the linguistic element that one absorbs when devoted to this activity. It's the cultural one attached to it. Language and culture journey together through the annals of a nation. The mere existence of a particular phrase or word can take you back on a historical voyage to a time and context that you were unaware of to begin with. My son, who translates texts from Spanish to English at present, although reluctantly, has discovered a world of talking rats and honest elephants. Daughter, on the other hand, immerses herself in a realm populated by capricious queens and magical whales. All in all, both, with support from my wife, who speaks Spanish fluently, have found an alternative world that they can flee to and where they feel welcome. In the meantime, they have both taken to singing Chico Buarque's 'Cálice and learning the words. Portuguese, now, so soon?
Copyright 2007
Illustration courtesy of Garrincha
Posted by A Cuban In London at 22:29