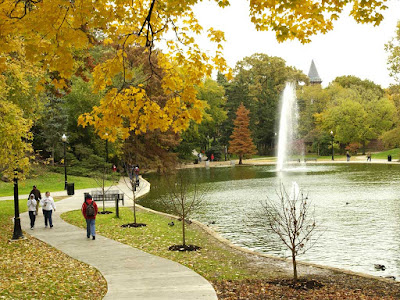 1996. Springtime in Cuba. I know, a discrepancy with the title of this post, but springtime in my beloved country feels like autumn in my adopted homeland. Temperature-wise at least. The suffocating heat has not kicked in yet and on some mornings you're forced to don a jacket to shelter you from a light chilly breeze. On this particular Sunday, I was lying in bed when my then girlfriend, now wife, came in, sat down and put two earphones in my ears. The sound that came through from her Walkman immediately severed my ties with this mortal world and transported me to an ethereal one where the voice of this marvellous singer was my sole guide. To this day I still shake all over when I hear the bassline coming in, then the keyboard/piano and her voice aaaaghing its way in and then the first line: Lift my knees from the ground/I will put my feet down/I will dance all my prayers...

Yes, Rachelle Ferrell appeared out of nowhere to occupy a place of pride in my music collection. Once in the UK I found out that my wife had bought her album after she first heard it in Cuba and Prayer Dance became a favourite of both of us to the point where she did a choregraphy to the music of the song with her students from Jackson's Lane a few years ago. Although I tried very hard, I could not find it on youtube (please, let me know if you do), however I did find a very good version of the classic 'Autumn Leaves', and it's apparently her first stage performance, so it has also that autumn-like sepia-tinted mood. Enjoy.

I mentioned in my previous Autumn Songs post that to me the season had a smell. Well, it also has a voice. It's husky, throaty and hoarse. It's Janis Joplin singing 'Summertime' or Leonard Cohen intoning 'Everybody Knows'. And no one proves this any better than the Brazilian Maria Bethania. Now, as in Rachelle's case, I tried very hard to find one of my favourite tracks by her, but to no avail. It seems that nobody has, so far, uploaded 'As Cançôes Que Você Fez Pra Mim' and that's a pity since that song represents to me the feeling of autumn as the season to jettison your old skin and grow a new one, tougher and more resistant to winter. But the one I did find I DID like! And a lot. It turns out that last year my fellow countryman and blogger, Iván Darías Alfonso and his girlfriend, Elena, burnt a CD for me with loads of Brazilian and Portuguese songs for my birthday and it had this little jewel by Maria Bethania, called 'Jeito Estupido de te Amar'. I first came across this tune many years ago whilst still living in Havana and still in thrall of singers like Roberto Carlos, D'Javan, Gal Costa and Elis Regina. Maria had not crossed my radar yet until I heard this song plus the aforementioned 'As Cançôes...'. Her voice captivated me and it still fascinates me in equal measure. Enjoy.

January 1989 was a peculiar year for me for many reasons. I was seven months away from finishing college, had done my work experience in the countryside for the second year running successfully (more about that later) and all around me were the first signs of the terrible crisis that would befall my country a couple of years later. On a mild weekday afternoon and following a nice lunch, I was lying down on my bunk bed whilst music poured out of the speakers of the camp. By way of explanation to some of you readers and fellow bloggers, in Cuba, in the old days, we used to do work experience in the countryside from the age of 12. In secondary school students normally went to what we call 'Habana campo' (countryside Havana) whereas in college/high school, pupils went further west to Pinar del Río, another province. Music was ubiquitous and tapes used to be carefully selected by the DJ(s). On this particular day I was resting in bed and my mind was somehow in a stupor when there arose a voice that propped me up on my bed and made me get off it. To this day I have never forgotten my introduction to Bob Marley's 'Redemption Song' and that moment ranks as a musical watershed for me. I immediately went outside looking for the guy who normally played the cassettes handed down to him by everyone (including moi) at the camp. When I asked him who this singer was, he simply shrugged and replied that that specific song was just a filler track in a tape by this or that band. It was only ten months after approximately when I had began Uni that I found out who the singer was. I struck up a friendship with a guy in Uni who was heavily into Bob and he got me hooked to his music, not just the Legend recording but also the lesser known Marley. However, to me, this song encapsulates what Bob Marley wrote about for most of his career as a spokesman for the rights of the underdog. To this day his words 'Emancipate yourselves from mental slavery/None but ourselves can free our minds' still reverberate in my temples and makes my body vibrate. I'm still trying, Bob, I know I've come a long way, but still have a long way to go.