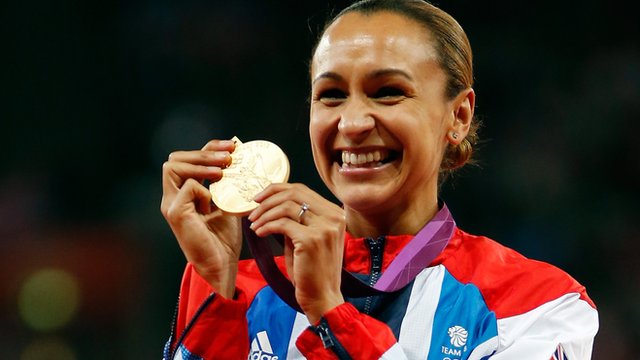 How was it for you? The question whose answer ( in a sexual context) sometimes demands a white lie, could well have been asked by Londoners of each other after the end of the recent Olympic bonanza.

Did the earth shake for you? If not, then, all those years of preparations were for naught. If it did, then, join the club. I have a confession to make: I loved the Olympics and the Paralympics. They cheered me up no end. My usual cynical self left the countyy along with the hordes of other people going abroad and looking for an alternative to the Games.

Of course, it helped that the national mood demanded that ecstasy become the duty of almost every citizen to display. An alternative had the potential to be thought of unpatriotic and nihilist.

Just to give you an idea of how proud I felt of my adopted city being on the world stage, I will admit to feeling chuffed to bits when Bradley Wiggins won the Tour of France, prior to the Games. I've never followed the Tour, nor am I really interested in cycling as a competitive sport (although I do ride a bike). But such was the fervour that took hold of the country that I allowed myself to be carried away by the waters of chauvinism. I, too, was a Briton at that moment.

The next time that patriotic feeling was on display took place during "Magical Saturday",4th August, in the evening, when, in less than an hour Jessica Ennis, Greg Rutherford and Mo Farah all decorated their chests with gold medals.

What was pleasant about the Olympics and Paralympics as well was that the support from the public was spontaneous and truly heartfelt. In fact, whenever a politician (except for clown Boris) tried to piggyback on the success of Team GB, they were rightly shown up. Both Osborne and Theresa May were booed during one of the Paralympics events and I remember thinking then: "Blimey, don't Brits (and non-Brits) sing well in unison?"

This musical prowes, by the way, was demonstrated in the opening and closing ceremonies of the Olympics and in the same events in the Paralympics (although in the latter, there was too much Coldplay for my liking). And not just the scores, but also the performances, the creativity, the incredible energy. It was an odd act to watch, too. The famous Britsh stiff upper lip had finally collapsed. Replaced by Mo Farah's unmistakable hands-to-head "M " gesture.

However, patriotic histrionics aside, I'm looking forward to the report on the Olympics and Paralympics finances. That's not to detract from the spectacle presented to us, after all, just Paralympic swimmer Ellie Simmonds' smile was worth the £9bn the Games allegedly cost. But we do need to look into the long-term legacy of the summer sports celebrations because as tax-payers we have the right to count our pennies and make sure that those pennies were well spent and will contribute to the development of future generations. Especially in a modern world that is so bent towards short-termism and dependent on the free-market mantra. The G4S security fiasco was a reminder, if any was needed, that private companies venturing into the public sector realm brings many challenges, not least accountability.

So, how was it for you? Worry not, for I won't be looking into your eyes and thinking that, strangely, your words have suddenly taken on a whiter shade of pale. Be honest, be you, I can take it.

Labels: A Cuban In London, Cubans in London, Don't Look Back In Anger, music, Oasis