I'm almost a third of the way through Middlemarch by George Eliot, a door-stopper of a book which I bought at a car boot sale (or was it a secondhand bookshop?) for a song. The novel is interesting and at times very, very funny, in that peculiar way in which some Victorian novels are. However, a few days ago, after reading a passage, I had one of those "moments" where different elements with no apparent relation to each other seemed to gel together all of a sudden.

The passage was about Mr Lydgate, the surgeon, and his thoughts on the kind of life famous people might have led before they'd become renowned. It went thus: "Most of us, indeed, know little of the great originators until they have been lifted up among the constellations and already rule our fates. But that Herschel, for example, who 'broke the barriers of the heavens' - did he not once play a provincial church-organ, and give music lessons to stumbling pianists? Each of those Shining Ones had to walk on the earth among neighbours who perhaps thought much more of his gait and his garments than of anything which was to give him a title to everlasting fame: each of them had his little personal history sprinkled with small temptations and sordid cares, which made the retarding friction of his course towards final companionship with the immortals..."

One of the disparate elements that latched itself on to the above passage was a flashback I had when I spotted an old classmate of mine from secondary school in a photo posted on Facebook.What's strange is that in the image she was in the background, in the midst of a group of people, the majority of whom were alien to me (except for the owner of the camera, who was of my acquaintance in university and was in the centre of the picture), and yet my former classmate stood out. Something she never did in class.


There are people whose invisibility is an open invitation to ask ourselves if they ever existed. We all know them. They are the quiet ones, those who're neither top of the class academically nor flunk out exams, the ones who shy away from contact with other classmates, even if they share the same interests. They're part of your life as a student, but you'd be hard pressed to name them. One day the teacher will say: So and So is not in class today because s/he has been taken ill and you will wonder who they are. My class throughout secondary school had more than thirty pupils. I think we were more like close to forty, or just over that figure. Believe me, in Year 9 it could get quite rowdy.
This classmate of mine sat at the back of the class. She spoke in a whisper (I once asked her to lend me a ruler, or a sharpener, I forget now. That's how I know what her voice sounded like). At the risk of sounding politically incorrect and undiplomatic, I must admit that in the looks department we, boys, didn't take much notice of her. It's not that she wasn't good-looking (she was, but then, again, I ignored that detail), but there were other girls who, we boys thought, scrubbed up better. And then there were also the Literature and Spanish (female) teachers on whom we, highly hormonal teenagers had a crush. Was that the reason why my former classmate apparently chose the mantle of impermeability?
I don't know. As for the fame to which the above passage refers, as far as I'm concerned, my ex-classmate hasn't discovered a new Uranus like Sir Frederick William Herschel did in 1781. But there she was, in that photo on Facebook, receiving her quarter of an hour, Warholian claim to notoriety. People like my ex-classmate are the small, imperceptible details in our lives. They make no big splashes, and yet years later, we stumble upon their faces on an old, yellow photograph, and as if by magic, we remember the clothes they wore, the phrases they overused, the way they walked. They're like autumn leaves, undistinguished and unremarkable when they all fall from the same tree in unison and pile up on the pavement. But, how many times have I not held an autumn leaf in my hand, its golden and orange hues announcing the arrival of one of my favourite seasons and marvelled at the beauty of it? 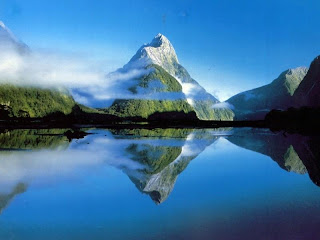 Some of us look back on our school days through the prism of those characters who stood out: the nerds, the bullies, the show-offs, the failures. Especially if they went on to become famous for whatever reason. But there's another group, smaller, perhaps, who never demanded any attention, in fact, they eschewed it whenever possible. They were like the proverbial still waters, whose depth we never really did find out. And then one day they suddenly turn up in our adult lives, like a song, performed a capella, whose words we never learnt and whose existence we never acknowledged, but whose melody becomes familiar as soon as the first notes kick in. These invisible classmates (or students, if you are/were a teacher) are the echo of an earlier life before Facebook gave them the fifteen minutes of fame they never sought.
© 2012