Tandas. The word snapped me out of my reverie in front of the restrooms Wife and Daughter had just walked into. Tandas. Toilets. But it was more than that. Tandas was a word that had a deeper meaning in my mother tongue, Spanish. Tandas. As in 'tandas infantiles' (children's shows) and with that my memory let out a torrent of images, sounds and smells.

Malaysia had welcomed me with a word in my own language. 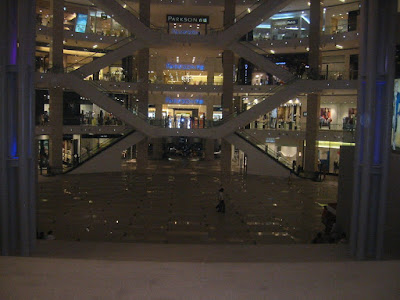 After Brother-In-Law picked us up from the airport, my eyes began to devour the greenery that stood up to greet us on either side of the wide motorway. Already from the air when our plane was about to land I started to witness the dominant colour of this Asian nation, a deep, dark, raw green that was almost inviting me to dive in headfirst into its shrubs, bushes and forests. In the meantime, Brother-In-Law explained to us some basic facts about the history, economy and culture of the country we were about to stay in for a fortnight. Son decided to make the trip with me while Wife, Daughter and Brother-In-Law's Wife journeyed in another car. The air-conditioner in the car and the soothing scenery combined together to rock me softly and gently from side to side as if I'd been on a hammock.

So, my first day in Malaysia was full of peace, quiet and calm. And linguistically welcoming.

Over the following the days I was able to glimpse several more 'coincidences' like the one with 'tandas'. At the same time I enjoyed a hospitality that was all the more appreciated because it arrived unbidden. Street vendors, waiters and waitresses, shop attendants and security staff smiled at us, openly. Their features reminded me of that poem by our National Poet, Nicolas Guillen that calls to our Cuban identity so well: Yoruba soy, soy lucumí/mandinga, congo, carabalí/Atiendan, amigos, mi son, que sigue así/Estamos juntos desde muy lejos/jóvenes, viejos,negros y blancos/todo mezclado/uno mandando y otro mandado/todo mezclado/San Berenito y otro mandado/todo mezclado/negros y blancos desde muy lejos/todo mezclado/Santa María y uno mandado/todo mezclado/todo mezclado, Santa María/San Berenito, todo mezclado. They were Chinese, Malay, Indian. They came and went, unconcerned and untroubled. They drove wildly, cutting in at the last moment without signalling and without so much as giving you the international sign of apology (palm of right or left hand facing forward and raised at shoulder level). They stared at me like staring at an oddity, the tropical Caribbean man recently arrived in the tropical Asian land. My five feet, nine inches that normally makes me puny in London, dwarfed most denizens here. My single twists moving hither and thither in blithe abandon elicited compliments from all quartiers. Son was praised on more than one occasion for his lovely curly hair. Daughter was told many times that her hazel eyes were beautiful. Wife was equally appreciated, her long blonde hair leaving behind jealous looks. Apparently most rituals remained the same. A lady failed to make the most of me purchasing one of her kites because it was the time for her to go to pray. Calls from a nearby mosque drew little musical notes in the early evening breeze. Shopping malls erupted here and there and underneath their high ceilings the old and the new mixed in harmony. 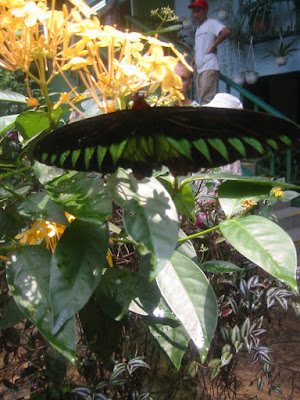 A visit to a butterfly garden coloured our jaunt both in soft and strong hues at the same time. These lepidopteran insects fluttered their wings at ease, resting for a few moments, and sometimes for a few hours, allowing visitors to photograph them and thus to make up their own postcards. Inside the main building a myriad scary-looking creatures awaited us to remind us that the jungle is more beautiful seen from above than once you're in it. Another park, this time for birds, gave us the same coloured rainbow that we all were getting used to by now. Flamencos with their majestic long necks seemed to dance in the distance whilst cockatoos, parakeets and parrots formed a welcome committee at the entrance to the park to usher us in. Nearby and whilst sitting down to eat some ice cream, a few peacocks tried to make our acquaintance, though we all divined their real intentions.

The subsequent days were full of more sightseeing trips. To get to an elephants' sanctuary we drove down a motorway wherefrom we took a detour through a real country lane. Small houses with thatched roofs and on stilts sprung on both sides of the road. Suddenly we came across a small lake that was surrounded by the same type of 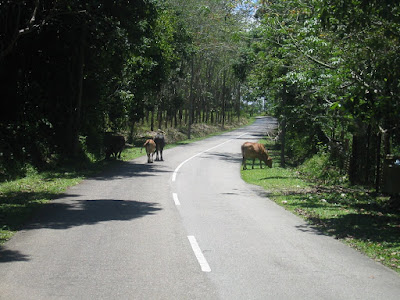 dwellings, only that these ones seemed to be on the water. Brother-in-law explained to us that these were the real indigenous people, the Malays, and though some of them were getting used to modernity, the majority was still using traditional methods to obtain food. That meant agriculture and fishing.

At the end of this journey the sanctuary awaited us with open doors and countless shoes at the threshold. Both Son and Daughter enjoyed caressing these majestic pachyderms and we all donated some money towards the preservation of the building.

Tandas. On account of the stifling heat, toilets were always a prominent feature in our itinerary. The amount of water drunk had to be dispatched somehow and our sweat could hardly cope with the litres we downed in the house and whilst being out and about. A few days later after we arrived 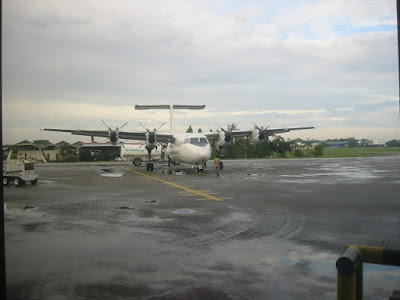 we found ourselves inside a tiny four-engine plane bound for Redang island and its four-star hotel the Berjaya Resort. The exuberant vegetation that greeted us from the air was all the more attractive once we landed. A sea, draped in turquoise colour, waved at us from a distance. The sun was at its zenith which meant for Son, Daughter and Wife to avoid the outdoors and to remain in our room. The hotel staff were courteous, polite and gracious. They always smiled and at the sight of my single twists the nickname 'Ronaldinho' was coined by one of the members of the reception team. We all, Son, Daughter, Wife and I practised our bilingual skills with the locals a 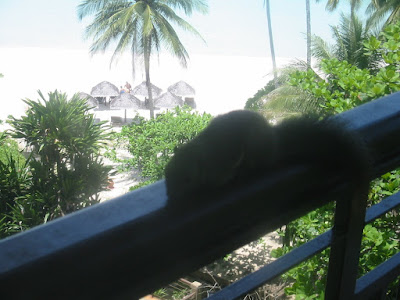 nd the appreciation in their eyes said more than a hundred words could express. Excursions to the jungle, turtle-watching and an encounter with a cute little squirrel, whose daily cleaning routine included polishing its gigantic penis and testicles with its tongue, brought a much-deserved rest from the hustle-bustle of modern life. Mornings usually found me standing in the balcony with the rising sun in front of me ignoring the imaginary 'No Tresspassing' sign on the door and strolling into the room. El Yoyo's book 'Havana Graffiti' lay behind me. A 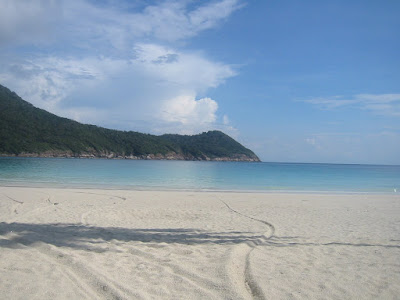 t that moment I felt like a conduit bridging the greenery in front of my very eyes with the description of eastern Cuba that Carmelo gives in 'Havana Graffiti'. This was not linguistic bilingualism, but geographical.

Back to Kuala Lumpur on the same plane and our last few days were spent in a frenzy of shopping, more sightseeing and chilling out in the evening by Brother-In-Law's swimming pool. 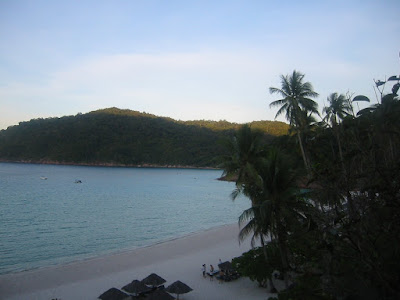 The departure date arrived and as we boarded the Air Malaysia flight that would take us back to London I looked around and from a distance was able to make out the sign that had greeted me a fortnight before: Tandas. And without a second thought I said in a low voice: Terima kasih, Malaysia! Thanks.