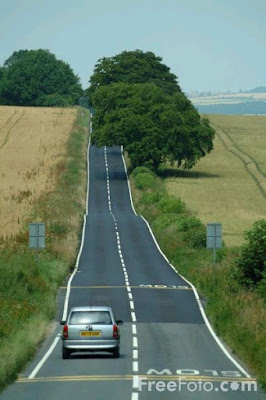 Back in the summer as we were making our way back home from sunny Dorset (although it did rain cats and dogs during our first three or fours days there) my mind wandered off into a territory of its own, as it sometimes does. When my mind does this I never try to reel it back as the outcome of its escapades is often very pleasant thoughts. And so it was on this occasion. The minivan we were in fitted roughly just over a dozen of people and after stopping at the Winchester Motorway Services, we headed off again back to London, some reading, others in a stupor, I, thinking. It was then that my wife asked me if I felt like returning to our house to which my reply was yes. Next, she asked me what I fancied doing most once back in our lair and my response was once again succinct: listening to some music.

During our stay at summer camp as every year we had a lot of fun; we went on walks, swam in the ocean and built bonfires in the evenings. But as it is also customary during this time there was no music blaring out from stereos. Recorded music is not allowed and it has always been a ground rule that I unwittingly challenged the first time I went when I decided to listen to my CD player on my own. No one said anything except for my wife who called this matter to my attention.

Cue three years later and our fourth stay and I was really craving C minors and arpeggios by the time we were about to come back to London. So, whilst I was sat there on the minivan I pondered upon the songs that would have accompanied me on this musical odyssey if I had been driving the same route. Several traffic jams helped me reach my decision and I feel tempted to write about them, too, but I think that these phenomena deserve a post themselves.

So, here they are, songs to listen to whilst driving back from summer camp.