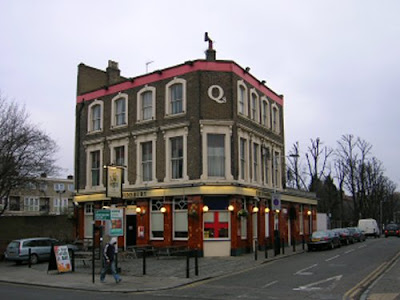 One of the pleasures of driving I have found in my short life behind the wheel is the way inconsequential moments become enjoyable and trascendental even if they happen only for half a second. Or a couple of minutes, as it were.

Take reversing. Or reversing down a slope. Or reversing down a slope in your driveway. And now, cast your mind, if you will, to that split second, when you take the hand brake off, lift your foot off the clutch pedal and your car rolls backwards very slowly. There is no gas and you are allowing Newton's law to gently decide the motion. At the same time you keep checking your rearview mirror, your blind spot and you half-turn around to make sure that there is no one behind you. Yet that little instant registers in your mind as a magical moment, where all the gears conjure up a self-expressive movement. Like dancing. Or music.

And some bands have the same gear movement. Take Portishead. It was a fortuitous incident that led me to become acquainted with the music by this British band, so-called dinner party artists par excellence, a distinction that I suppose will not have gone down very well with Beth Gibbons et al. After all, Portishead exudes quality and élan. The way their songs ease in, unannouncedly and discreetly is bewitching. And in this live version you can see why. Whenever I watch this video, I think of the gears of my car rolling one into the other, moving forwards... or backwards. And though I'm not a smoker, that ciggie in Beth's hand is bewitching, to say the least.

Back in April 1997 when I visited Britain for the first time there was one artist everyone kept talking about. Very often my then girlfriend, now wife, had her album playing in the car wherever we went. Back in Havana a month after, my love for her music showed no signs of abating, contrariwise, it increased. And although she has not enjoyed the same success her debut album brought her, Erykah Badu remains an example of what R&B should be about, good lyrics, good rhythm and a never-ending desire to innovate. I saw her at Brixton Academy a few years ago and it was one of those concerts that lodge in your mind to stay and never depart. Smooth voice, just like a car's rolling gears.

Only recenlty I've been able to play the Buena Vista Social Club album again. And it is not a coincidence that this happened after I passed my driving test. When I arrived in the UK for good in November 1997, it seemed to me that wherever I went, the minute they found out I was Cuban, they would plug in the Buena Vista Social Club record as a way to show that they were in tandem with what was going on in my tiny island. Little did they know that many Cubans in Cuba DID NOT LIKE the record and thought it dated. Timba was the beat to dance to. Only when it started reaping prizes and rewards a little bit more of attention was paid to it back in my country. I even remember on one occasion when we went to someone's house in Highgate and the bloke had Lou Reed's 'New York' album on the stereo. That's probably my favourite Lou Reed's record ever and then I saw the neat pile of CDs resting near the stereo: 'Buena Vista Social Club', 'Introducing Rubén González' and 'Afro-Cuban All Stars'. Inside me I was pleading with him not to change the music and I could see the puzzlement in his eyes as to whether to switch to what he thought would make me feel more at home or dig his heels in and keep Reed on the stereo. In the end our little telepathic moment worked and he left Lou Reed on. Recently I was in the car with Dave Patman, one of the better percussionists this country has ever produced and someone I respect and whose work I appreciate a lot. Also we have worked together on many occasions. I had a song on by the Senegalese singer Baaba Maal and we both noticed that the tune had the same melodic structure as 'Chan Chan' by Compay Segundo. If you can lay your hands on the title track of Baaba Maal's album 'Missing You (Mi Yeewnii)' you'll see what I mean. In the meantime, enjoy this musical alternative to the more traditional hand brake, clutch pedal and gas combination.