The first forty seconds of Nina Simone's "Feeling Good" are probably the best intro in the history of music. I know, I know. Please, bear with me. I'm not someone who is in the habit of handing out superlatives like RSPCA volunteers on the high street giving out flyers informing you that dogs are not just for Christmas. Yet, the way that voice, that voice, breaks through the empty space a capella sends shivers down my spine. There's a steady and progressive build-up, like a bird of prey soaring effortlessly up high in the sky, spotting its future victim and hovering for just one nanosecond before dipping one of its wings and dropping down into the grass to capture its food. That food is you and me, reader: the listeners. Nina's version of Feeling Good is one of those rare moments when I abdicate the use of my mental faculties in favour of a much more raw and emotional rapport. This is the type of art that asks nothing of us, offers no explanations and still manages to hold us captive. The way Nina sings Feeling Good is as if someone were saying: Listen to this song if you want to know what the human voice can do. Enough for me to go down on my knees, place my hands together, lace my fingers and worship it at a temple. Any temple. Even one for atheists. 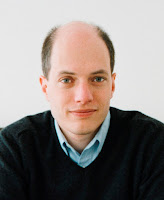 Alain de Botton is a nice fellow. I don't know him personally but I do seek out his pieces on philosophy and human behaviour. His byline photo conveys amicability, understanding and acceptance. I suppose that his recent book Religion for Atheists is a good read. But somehow his idea of creating a place of worship  for non-believers in the City of London doesn't really cut the mustard with me. According to Mr de Botton, he wants to build a 46-metre tower as an antidote of what he terms as an "aggressive" and "destructive" approach to faith. More specifically, Alain wants to counteract the effect Richard Dawkins has had on the conversation on religion.

His motives are laudable, albeit naive. First of all, is the cost of the building: £1m, in the middle of the worst cuts to public and voluntary sector organisations. The location of his project is understandable; bang amongst the international banks, hedge funds and private equity firms. The message couldn't be clearer: money is not the most importan thing in life, spirituality is. Therein lies his first fundamental flaw in my opinion. If you plan to fight Mammon, why use the same tool it wields against you, i.e, money? Why not utilise the best temple we have? This one (points at head), and this one (points at heart). I don't need an awe-inspiring building to worship a melody like Feeling Good. Everytime the song comes on, I open the doors of my own place of worship and allow the music to turn me into a believer once more for approximately one-hundred and eighty seconds.

The second mistake Alain de Botton makes is in supposing that the construction of a temple like the one he proposes is important in order to highlight human feelings such as love and friendship. Again, he overlooks the evidence around him. Parks in London in the summer fill up with happy families playing with frisbees, cycling or improvising a five-a-side. Go to the City of London to pay my dues to the God of Friendship? Nah, mate! I'd rather go down to my local. Even for a teetotal like me, there's still the food, the ambience and the camaraderie.

The third flaw in de Botton's project is that he falls into the same trap that's been laid before by those of a godly disposition. It's the one that has religion as almost the sole source of certain human feelings and emotions such as: amazement, perspective, sympathy, empathy and understanding. There are many more, but these are the ones that come to mind now. Religion is not responsible for any of these natural and innate traits any more than it is responsible for the wars waged in its name. We can do rituals, ceremonies and communing without believing that there's a supernatural force that created the world in six days (and rested on the seventh, although very often I feel as if it was the other way around; so messy it gets on planet Earth these days).

I really do wish Alain de Botton luck with his project. And who knows? Maybe when the centre opens, if it does open, in 2013, I'll pay it a visit. If only to find out what it's like. In the meantime, my piece of advice to Mr de Botton is to put the stereo on and allow Ms Simone's opening verses to unleash the spiritual power  within him: Birds flying high you know how I feel/Sun in the sky you know how I feel/Breeze driftin' on by you know how I feel/It's a new dawn/It's a new day/It's a new life/For me/And I'm feeling good. I'm already down on my knees, my hands are placed together and my fingers laced. Alain, I am worshipping at my own temple.


Talking of temples, music and spirituality there's a CD I've been playing nonstop for the last fortnight. As debut albums go, Un solo Palo No Hace Monte (A Single Tree Does Not a Forest Make) by the London Lucumi Choir, is one of the more promising ones I’ve come across in a long time. From their choice of tracks to the cover design, the record exudes passion and dedication aplenty. The opening salvo is Eleguá, the orisha that traditionally kicks off festivities in Yoruba culture in Cuba, played on both bata drums and güiro and led expertly by Daniela Roselson De Armas on vocals. The second track introduces us to Ogún, the second of the four warriors in Ocha and performed on bata drums again and bembé. The latter rhythm could have come straight out of a slum in Havana. Changó, the third song builds up slowly until it reaches a well-worked and upbeat climax; a strong reminder of the fire and thunder that are said to be owned by this orisha. The güiro returns for track number four, Oyá, a short melody that is charmingly sung by Sheila Ruiz and Nana Aldrin Quaye. The Yoruba presence, then, gives way to its Arará counterpart with Masé, the fifth number, the equivalent of Ochún in the Lucumi culture. Variety is the key word in the Choir’s output and this is evident in the guaguancó El Mayoral (The Foreman) with its strong message of rebellion and freedom and the yambú El Pan de Piquito, a nice musical spin on a popular Cuban phrase. The record’s coda Cantos Espirituales (Spiritual Chants) finds the aforementioned Nana alongside singers Mish Aminoff, Olga Baglay and Anita Chakraborty reviving a lesser-known genre of the Afro-Cuban canon. 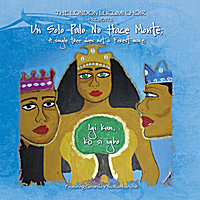 The London Lucumi Choir (“Lucumi” is a Cuban variation of the word “Ulkumi” or “Ulcumi”, one of the former kingdoms in Yorubaland) was founded in 2006 and is one of the few community ensembles in the British capital that doesn’t audition future members. The choir is the brainchild of percussionist Jorge Amando de Armas Sarria, singer and arranger Daniela Rosselson de Armas and master drummer Javier Campos Martínez. The group focuses mainly on performing songs dedicated to the orishas (Yoruba deities), plus other rhythms belonging to the rich Afro-Cuban tradition. The London Lucumi Choir was recently shortlisted for the Folkloric Act of the Year by online magazine Latino Life. It will officially launch Un Solo Palo No Hace Monte on the 24th April at the Rich Mix as part of the La Línea Festival.

You can buy the record here.