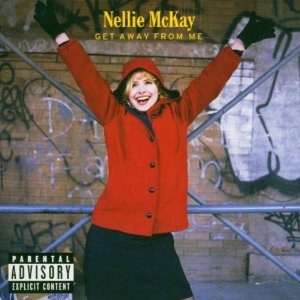 It's been a good beginning of the year for Killer Opening Songs, the regular music section on this blog that deals with those album melodic starters that display murderous tendencies. All the CDs K.O.S. bought recently had the right combination of creativity, inspiration and quality.

As an example of the above Killer Opening Songs brings you Nellie McKay's 2004 debut record "Get Away From Me", an eclectic collection of eighteen songs, in a two-CD set, showing off the influence of at least a dozen different music styles. K.O.S. hasn't been this excited since listening to the Malay singer-songwriter Zee Avi's self-titled album back in 2010.

What catches the listener's attention straight away on Get Away From Me (apparently a wordplay on Norah Jones's Come Away With Me) is Nellie's talent for music-playing and songwriting. She's not only an excellent pianist, but also dallies deftly in vibes, organ, chimes, recorder, glockenspiel, xylophone, and synthesizer. Her lyrics are witty, humourous and sassy, just like a very clever teenager, which is what she was when the album came out. She was only nineteen. This mix might come across as a tad chaotic, as if a child's just been given a watercolour set and a piece of paper and he or she has set to work without a clear idea of what they want to achieve,

Yet, the result at least for K.O.S is not mess but the opposite: musical maturity that belies Nellie's years. Hers is unbridled energy that oozes innovation and risk-taking on almost every track.

It's always refreshing to see a young person escaping to our musical past and paying respectful tribute to styles that might not be other artists' cup of tea. In Nellie's case, this approach comes in songs such as It's a Pose and Manhattan Avenue. Both tracks have the right mix of bluesy 50s New York with a more contemporary, urban touch.

The Killer Opening Song sets the right tone for the rest of the record. David is a tirade against... David? (who else?) that takes on aspirations, politics (Mister Bushie says/I'm your president/I have lots to say/Hey hey hey/And click goes the remote/There you have my vote/Catchin' the next boat out of here) and disappointment. It's probably the most "straight-pop" song of the whole set. It's also a good  introduction to Nellie's idiosyncratic approach to song-writing. What follows thereafter is enough to make you believe in the power of popular music again, even if it means that you have to press the "mute" button of the remote control as soon as X Factor starts on the telly. Quality, not quantity, that's what K.O.S. wants. And this song shows how to do it.

Next Post: “Sunday Mornings: Coffee, Reflections and Music”, to be published on Sunday 5th February at 10am (GMT)