What Makes A Good Writer? By Zadie Smith (2nd Part)

This is the follow-up to Zadie Smith's tips for (future) writers. Click here for the first part.

The craft that defies craftsmanship

That is the end of the tale of Clive. Its purpose was to suggest that somewhere between a critic's necessary superficiality and a writer's natural dishonesty, the truth of how we judge literary success or failure is lost. It is very hard to get writers to speak frankly about their own work, particularly in a literary market where they are required to be not only writers, but also hucksters selling product. It is always easier to depersonalise the question. In preparation for this essay I emailed many writers (under the promise of anonymity) to ask how they judge their own work. One writer, of a naturally analytical and philosophical bent, replied by refining my simple question into a series of more interesting ones: I've often thought it would be fascinating to ask living writers: "Never mind critics, what do you yourself think is wrong with your writing? How did you dream of your book before it was created? What were your best hopes? How have you let yourself down?" A map of disappointments - that would be a revelation.

Map of disappointments - Nabokov would call that a good title for a bad novel. It strikes me as a suitable guide to the land where writers live, a country I imagine as mostly beach, with hopeful writers standing on the shoreline while their perfect novels pile up, over on the opposite coast, out of reach. Thrusting out of the shoreline are hundreds of piers, or "disappointed bridges", as Joyce called them. Most writers, most of the time, get wet. Why they get wet is of little interest to critics or readers, who can only judge the soggy novel in front of them. But for the people who write novels, what it takes to walk the pier and get to the other side is, to say the least, a matter of some importance. To writers, writing well is not simply a matter of skill, but a question of character.

What does it take, after all, to write well? What personal qualities does it require? What personal resources does a bad writer lack? In most areas of human endeavour we are not shy of making these connections between personality and capacity. Why do we never talk about these things when we talk about books?

It's my experience that when a writer meets other writers and the conversation turns to the fault lines of their various prose styles, then you hear a slightly different language than the critic's language. Writers do not say, "My research wasn't sufficiently thorough" or "I thought Casablanca was in Tunisia" or "I seem to reify the idea of femininity" - at least, they don't consider problems like these to be central. They are concerned with the ways in which what they have written reveals or betrays their best or worst selves. Writers feel, for example, that what appear to be bad aesthetic choices very often have an ethical dimension. Writers know that between the platonic ideal of the novel and the actual novel there is always the pesky self - vain, deluded, myopic, cowardly, compromised.

That's why writing is the craft that defies craftsmanship: craftsmanship alone will not make a novel great. This is hard for young writers, like Clive, to grasp at first. A skilled cabinet-maker will make good cabinets, and a skilled cobbler will mend your shoes, but skilled writers very rarely write good books and almost never write great ones. There is a rogue element somewhere - for convenience's sake we'll call it the self, although, in less metaphysically challenged times, the "soul" would have done just as well.

In our public literary conversations we are squeamish about the connection between selves and novels. We are repelled by the idea that writing fiction might be, among other things, a question of character. We like to think of fiction as the playground of language, independent of its originator. That's why, in the public imagination, the confession "I did not tell the truth" signifies failure when James Frey says it, and means nothing at all if John Updike says it. I think that fiction writers know different. Though we rarely say it publicly, we know that our fictions are not as disconnected from our selves as you like to imagine and we like to pretend. It is this intimate side of literary failure that is so interesting; the ways in which writers fail on their own terms: private, difficult to express, easy to ridicule, completely unsuited for either the regulatory atmosphere of reviews or the objective interrogation of seminars, and yet, despite all this, true. 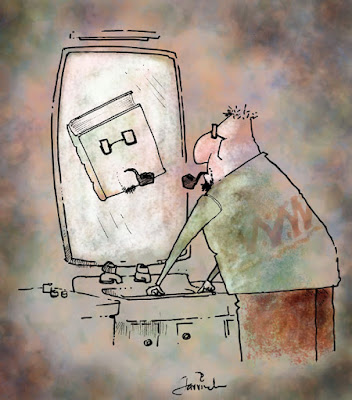