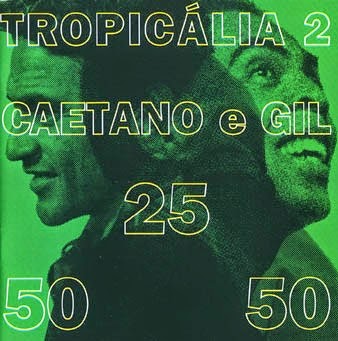 When in 1991 Lieutenant General Raoul Cédras deposed the democratically elected president of Haiti, former priest Jean-Bertrand Aristide, the Caribbean nation was thrown into turmoil. The effects of that action are still being felt today, as Haiti has never recovered from that setback. It is ironic then, that one of the better Killer Opening Songs that came out of that conflict, although not directly out of it, was Caetano Veloso and Gilberto Gil’s ‘Haiti’, the opening track on their 1994 outing, ‘Tropicalia 2’. Both singers use the Haitian situation as a metaphor for the police violence aimed at black youth in Brazil, whilst raising important questions about the meaning of citizenship in Brazilian society. ‘Haiti’, thus, becomes a mournful lament to a country ravaged by poverty, racial tensions and economic hardship. The words are powerful and the repetition of some of the lines gives the listener a better opportunity to ascertain the seriousness of the situation in the South American nation: ‘Quando você for convidado pra subir no adro/Da fundação casa de Jorge Amado/Pra ver do alto a fila de soldados, quase todos pretos/Dando porrada na nuca de malandros pretos/De ladrões mulatos e outros quase brancos/Tratados como pretos/Só pra mostrar aos outros quase pretos/(E são quase todos pretos)/E aos quase brancos pobres como pretos/Como é que pretos, pobres e mulattos/E quase brancos quase pretos de tão pobres são tratados’

This song became a classic in Caetano Veloso’s extensive repertoire and it is one of the tunes that people at his concerts always ask for. It is with pride and gusto (although tinged with sadness due to the motivation that led the Brazilian singer-songwriter to compose the melody in the first place) that I upload this marvellous Killer Opening Song this week. Enjoy.

Note: the word ‘preto’ is similar in spelling and meaning to the word ‘prieto’ in Spanish. They both mean black and are usually used to refer to black people, but of a darker hue. It is normally used colloquially, however when I thought of translating the text above from Portuguese to English I had second thoughts as I would have had to utilise words that might have been interpreted differently in the Anglo-Saxon language resulting in unintentional offence. That’s why I’ve left it up to you to find out the meaning.