Women and cars. Cars and women. So much to say, so much to write about. Hey, hey, hey, what's that sound I hear of hurried feet dashing off towards the exit door in uncalculated haste? Don't leave, please, carry on reading. This is not a post to bash women who drive. Au contraire. This week 'Road Songs' wants to celebrate those femmes who get behind the steering wheel and drive cars, lorries, motorcycles and whatever 'cacharro' (junk) they come across. Yes, it can be daunting sometimes for female drivers to take to the road with so many misogynists bent on demonstrating how the supposed 'weaker sex' is not very adept at reading maps and managing complicated and unexpected manoeuvres. However, having been married to an exceptionally good driver for almost eleven years now, I can attest to the futility and nonsense of that argument. Women can drive and my boy, do they drive well! 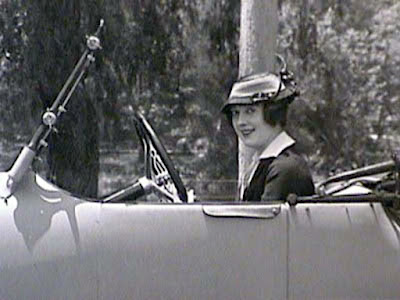 In music there's a similar situation. In the world of pop, rock, R'n'B and hip hop, what's a woman for, other than showing a bit of leg, baring her midriff and displaying her sexiness and sultriness? How about her voice, I hear you saying? Well, yes, dear, you're right, her voice counts, but first, she'll have to make it to the front cover of Maxim or Loaded clad in a skimpy bikini so that preying male eyes can assess (judging mainly by her physical attributes) whether she's capable of carrying a tune or not.

Below you will find examples of female singers who have risen to the challenge presented by the, chiefly male-dominated, music industry and produced some of the most enduring melodies in the history of this art form.

By the way, this is the first installment in a three-part series focusing on female drivers and musicians. I hope you'll enjoy it.

Lila Downs was born in Mexico and grew up there and in Minneapolis, Minnesota. She began singing "ranchera" music at an early age, and later sang at the "fiestas" of the towns in her region, la Mixteca. She sang with the band "Los Cadetes de Yodoyuxi" and later with "La Trova Serrana", a group of folk musicians from the Zapotec town of Guelatao, Oaxaca. At that time she met her musical collaborator Paul Cohen and began to create her own musical compositions. Outstanding.

Susheela Raman was born in London, later emigrating to Australia with her family. In Australia she studied classical South Indian song and began giving performances. She then began working with Western forms including rock and soul, while continuing to study classical Indian music with Shruti Sadolikar. Amazing.

Azam Ali was born in Iran but spent most of her early years in India before moving to the US in the mid eighties. She is a vocalist of astonishing diversity with a range covering music from the medieval European to the classical Eastern - Persian, Lebanese and Indian. Grand.