Living in a Multilingual World (The One About the Royal Wedding) 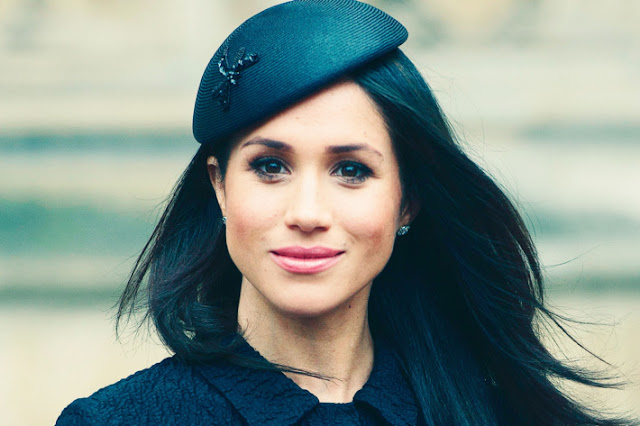 What is her name? I stressed the “her” as much as I could but my pre-entry ESOL students’ faces remained blank as they stared at a picture of Meghan Markle.

Like many people in the UK I had bought into the whole royal wedding shebang and planned a lesson around the Windsors and the Markles. In this case, the focus would be on introductions, a subject we had covered previously but to which I wanted to come back using the royal shindig as class material. I was really pleased with myself and the fact my lesson would be as student-led as possible. The lead-in would be a photo of the happy couple, Meghan and Harry, the hand-over to students would be swift and smooth and the practice stage productive. There was one element, however, I didn’t count on.

My learners did not know much about the royals.

There it was on the wall, the family tree diagram I had so carefully printed off the net showing the lineage from Queen Elizabeth II to the latest addition, Prince Louis. Yet, my students, spanning continents from Asia to America, and countries from Pakistan to Ecuador, only recognised William. I panicked in the same way a theatre director panics when their leading actor or actress falls ill on opening night and their understudy has lost their voice. What to do now?

Well, time for some improvisation – having been part of an impro troupe back in my uni days, I developed then very handy skills that have served me well over the years. For instance, how to turn a potentially failing lesson into a successful one with a simple sleight of hand and some thespian tricks – and concept checking questions. Is the woman’s name William? No, it isn’t (well, even Harry would have been surprised at that one!). Is her name Elizabeth II? (they knew who the Queen was) No, it isn’t and I for one can’t see the newly-minted Duchess of Sussex applying for the top job anytime soon.

Next it was a controlled practice activity. I chose a multiple-choice question with just one correct answer. Is the woman’s name a) Elizabeth II b)Meghan Markle c)William?

They all called out at the same time, in different accents and using various pronunciations: Meghan Markle! I carried on playing devil’s advocate for a few seconds, broad smile on my face. So, it’s not Elizabeth II (no). And it’s not William (no).

No, it is not, I said. Or no, it isn’t. I decided to throw in a bit of language feedback to ensure that their answers, whilst correct, still included the full structure.

First hurdle overcome I grew in confidence. I moved on to the productive stage. I normally use puppets in my lessons as ice-breakers and to make them more fun and entertaining. Also, to bring the child in us back out. William. Elizabeth and Meghan lost their titles and became plain Bill, Liz and Meg, a cat, a dog and a bear. Introductions were practised. Then, the new content was presented: This is my friend…His/Her name is… My learners took to it pretty well. Even the usually shy ones in the room contributed actively. My personal aim of maintaining a good pace and giving out clearer instructions was working.

Still in the productive and final stage, I marched on. Here is where most beginners’ level teachers stumble. Learners can easily get used to the teacher doing all the work whilst they only answer controlled practice exercises. Their attitude at times can come across as uncooperative. Yet, all they are doing is showing their lack of knowledge of the target language and their insecurity in acquiring said language. No wonder they refuse to leave their comfort zone. Hence the quick hand-over at the start of the lesson ensures both parties know what is expected of them. In my case, I had made up little cards, each with a (very) short bio of Harry, Meghan, William and Kate. After reading them, the students were expected to role-play between themselves.

Up stood the first two, a man and a woman. After the usual hellos, the introductions:

We all clapped the pair and ended the lesson there on a high. I am sure that some of them went home desperate to show off to their family what they had learnt in class and what to answer if they were ever asked “What is her name?”, a picture of a beaming Meghan Markle in hand.