From Here, There and Everywhere...

This week I'm posting another article with which I fell in love the minute I read it. One of my favourite sections in The New Yorker is the "Shouts and Murmus" column. I love the quirky and warped humour in it. And I still have a hard copy of the text below which I reproduce here in its entirety. I hope you enjoy it as much as I did. Merry Christmas everybody! 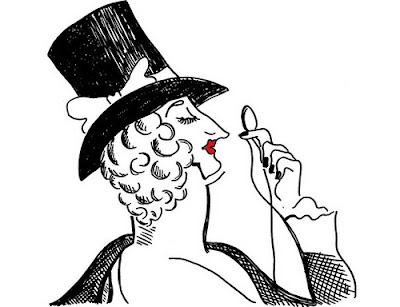 UPDATE: Pretty pleased with what I’ve come up with in just six days. Going to take tomorrow off. Feel free to check out what I’ve done so far. Suggestions and criticism (constructive, please!) more than welcome. God out.

Not sure who this is for. Seems like a fix for a problem that didn’t exist. Liked it better when the earth was without form, and void, and darkness was on the face of the deep.

Going carbon-based for the life-forms seems a tad obvious, no?

The creeping things that creepeth over the earth are gross.

Not enough action. Needs more conflict. Maybe put in a whole bunch more people, limit the resources, and see if we can get some fights going. Give them different skin colors so they can tell each other apart.

Disagree with the haters out there who have a problem with man having dominion over the fish of the sea, the fowl of the air, the cattle of the earth, and so on. However, I do think it’s worth considering giving the fowl of the air dominion over the cattle of the earth, because it would be really funny to see, like, a wildebeest or whatever getting bossed around by a baby duck.

Why are the creatures more or less symmetrical on a vertical axis but completely asymmetrical on a horizontal axis? It’s almost like You had a great idea but You didn’t have the balls to go all the way with it.

The dodo should just have a sign on him that says, “Please kill me.” Ridiculous.

Amoebas are too small to see. They should be at least the size of a plum.

Beta version was better. I thought the Adam-Steve dynamic was much more compelling than the Adam-Eve work-around You finally settled on.

I liked the old commenting format better, when you could get automatic alerts when someone replied to your comment. This new way, you have to click through three or four pages to see new comments, and they’re not even organized by threads. Until this is fixed, I’m afraid I won’t be checking in on Your creation.

One of them is going to eat something off that tree You told them not to touch.

Adam was obviously created somewhere else and then just put here. So, until I see some paperwork proving otherwise, I question the legitimacy of his dominion over any of this.

Why do they have to poop? Seems like there could have been a more elegant/family-friendly solution to the food-waste-disposal problem.

The lemon tree: very pretty. The lemon flower: sweet. But the fruit of the poor lemon? Impossible to eat. Is this a bug or a feature?

Unfocussed. Seems like a mishmash at best. You’ve got creatures that can speak but aren’t smart (parrots). Then, You’ve got creatures that are smart but can’t speak (dolphins, dogs, houseflies). Then, You’ve got man, who is smart and can speak but who can’t fly, breathe underwater, or unhinge his jaws to swallow large prey in one gulp. If it’s supposed to be chaos, then mission accomplished. But it seems more like laziness and bad planning.

If it’s not too late to make changes, in version 2.0 You should make water reflective, so the creatures have a way of seeing what they look like.

Penguins are retarded. Their wings don’t work and their legs are too short. I guess they’re supposed to be cute in a “I liek to eat teh fishes” way, but it’s such obvious pandering to the lowest common denominator.

There’s imitation, and then there’s homage, and then there’s straight-up idea theft, which is what Your thing appears to be. Anyone who wants to check out the original should go to www.VishnuAndBrahma.com. (And check it out soon, because I think they’re about to go behind a paywall.)

Putting boobs on the woman is sexist.

Wow. Just wow. I don’t even know where to start. So the man and his buddy the rib-thing have dominion over everything. They’re going to get pretty unbearable really fast. What You need to do is make them think that there were other, bigger, scarier creatures around a long time before them. I suggest dinosaurs. No need to actually create dinosaurs—just create some weird-ass dinosaur bones and skeletons and bury them in random locations. Man will dig them up eventually and think, What the f?