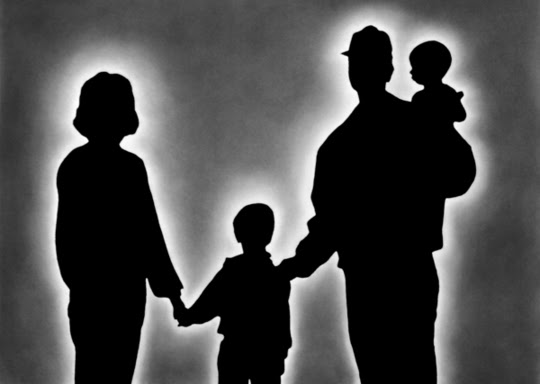 Recently there has been a spate of articles in the UK on motherhood, fatherhood, working hours and the balance between professional and domestic life. You can arrange those words in any order you wish, especially if you want to highlight priorities and hierarchy, but the outcome will convey the same message: parenting has just got harder.

Harder not because we're still enamoured of the idea of the traditional nuclear family with dad going to work and mum staying home to look after little John and Jane, but because of the many options open to parents in western societies at the end of this century's first decade. The vast goulash of family settings nowadays encompasses everything from single parenthood to gay couples adopting and raising children. And sometimes multiple choices pose difficult quandaries.

However, this should not be interpreted as a call to arms to return to the dark ages when men were the main breadwinners and women the crumbs-gatherers, but rather as a pragmatic analysis of what means to be a parent today in the West. And it goes without saying that my point of view is mainly based on my experience as a father.

The fact that the kernel of many of the aforementioned features and articles points at growing concerns about work-balance amongst women should not be underestimated. One of the milestones of the feminist wave of the 60s and 70s was equal opportunities at work. The fact that as of 30th October women in the UK have been working for free should not go amiss either, but on the whole there are far more opportunities at both junior and senior levels for women to succeed than twenty or thirty years ago. This development in career choice has brought with it positive economic, social, political and psychological changes.

But one of the unintended transformations, or at least one not planned in the long term, in my opinion, was the role of fathers or male carers in child-rearing.

For many years fathers impersonated a character that was a cross between a villain and a buffoon. Smoking and pacing endlessly outside labour wards whilst their partners inside were doing all the hard work, driving the family car on a Sunday afternoon after a long week of getting home late way past little John and Jane's bedtime or waving goodbye to the whole family at the airport as he went on yet another business trip; this was the typical caricature we came to expect of the paterfamilias. And if truth be told, many men enjoyed the ride. What is less known is that in today's topsy-turvy world, men do want more flexibility to be with their children. And unsurprisingly we come across many hurdles.

The first obstacle is fathers from the previous generation or the one before. These dinosaurs succeeded most of the time through sheer hard work and if a balanced domestic life was to be sacrificed, then so be it. And this mindset cut across classes, whether dad was a blue-collar or a white-collar worker the message was the same: bring home the bacon. It should then be expected that they demand the same of their employees.

The second impediment comes from women, paradoxically. And the crux here is generational, too. Like those antiquarian male bosses who are slowly waking up to the fact that female employees can and do become mothers, women from previous generations are gradually realising that for some men a career path can be to become a househusband and looking after his and his partner's children. Yet there's still reluctance in mothers and grandmothers to accept this transformation.

The third challenge we encounter as fathers arrives courtesy of the state. The current paternity leave is still a work in progress, although it has come a long way from when my daughter was born. Nevertheless it still places the emphasis of child-rearing on the mother whilst dad gets a minimum of two weeks off work with payment of just over £120 per week. One of the schemes going through parliament at the moment is how to extend fathers' leave to six months so that both mum and dad (or mum and mum and dad and dad) can take that half year together during their baby's first year.

There are other barriers which I won't mention now because this post would become tedious and repetitive. The message is clear, though: there's a discussion going on in the UK about parenting, and this debate has both positive and negative sides. In my case it has touched me at a personal level.

Recently my wife landed a job as a Special Education Needs Assistant Teacher at our daughter's primary school. Her role is to support a child who suffers from autism. Whereas before she would be the one usually staying at home to look after our children if they got ill, now the situation has changed and I am the one required to step in if one of our little ones is unwell. I am, however, in a lucky position, in that I have a boss, the school's headteacher, who is very open-minded and supportive but when I worked in retail the atmosphere was anything but. And that was one of the reasons why I left the travel industry. Because it was not a child-friendly environment. However, even with that support from my current boss, I still feel guilty when I miss a day at work and have to carry out my duties and responsibilities from home. Why is that? Surely my family should come first. My only explanation is that as a man, I have an in-built device that goes off the minute I have to swap 'real work' for childcare. The former is seen as more relevant and important than the latter. And that, to me, is the issue at the centre of this debate of fathers and male carers adopting a more hands-on approach in child-rearing.

And if anyone thinks that my experience of sharing childcare with my wife is a one-off, he/she will be mistaken. It is a similar situation across the UK but where class and families' purchasing power make a big difference. Men who want to be involved in their children's lives and decide to stay at home to look after them, or to work from home, are usually well-off to begin with. The majority also belong to the so-called chattering classes. There's also a divide across the professional field with more stay-at-home fathers being part of the creative and cultural industries (CCIs) and self-employed sector (and no, I have not got figures to back this claim up, it is chiefly based on observation and my professional experience). Their partners are on an equal footing financially and that goes some way towards addressing the income vs annual inflation conundrum.

But what cannot be denied and I hope my previous paragraph did not put any future dads off, is that fathers do fulfill an important role in a child's life. I was given a book by my wife before our son was born. It was called 'Fatherhood Reclaimed'. On the evidence I've seen in twelve years living in the UK I would say proudly that the outcome of this enhancement of paternal responsibility will be 'Fatherhood Re-Imagined'.

I wonder if David Milliband will be wearing a blue suit next time he meets Hillary Clinton. Alternatively he could do with a blue dress, if he is feeling kinky. Will Vogue be running next a story along the lines of 'Clinton: I did not have sex with David'? Oh, the shame and decadence of it. Have a nice Sunday.