Living in a Bilingual World (Prestissimo)

Son’s voice snapped me out of my reverie. His index finger was pointing at a word in italics bang in the middle of a long sentence. All the other words were in English, but this one in particular stood out amongst the others. The reason? It was in Spanish.

The dreaded 'c' word had arrived in Son’s world. 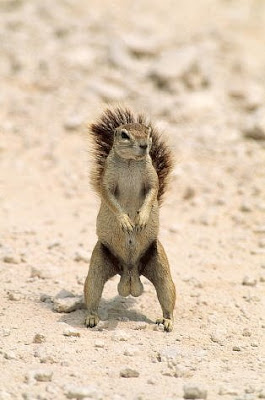 Living in a Bilingual World has very limited patience for pretentious newspapers columnists with lofty linguistic ambitions, but my eye has been caught recently by certain articles I have read both in print and on the internet where the ‘c’ word has been included gratuitously.

Of course, there is a chance you are already familiar with the ‘c’ word. If you speak Spanish, that is. And if you hail from Latin America as I do, you will find it as offensive as I do. I can’t even bring myself to write it so I will have to do the same they do sometimes in written publications; to place asterisks strategically; do not fret, though, you will recognise it immediately.

C stands for c******. Got it? Seven letters. Seven gratuitously offensive letters (Spaniards do not count as I know that they love cursing left, right and centre).

So, why? Why has it become a habit to band this four-letter word about (admittedly, it is actually seven letters, but let’s not get too picky about it, shall we?) as if it was Angelina Jolie’s latest adopted Third World orphan?

I think the reason stems from the desire to sound cool in another language. Given the shortcomings in the learning and teaching of foreign languages in the UK and to which I have referred before here in this space, there’s a zeal to prove that at least when it comes to swear words, British journalists are up to scratch. Timothy Garton Ash, one of my favourite columnists in The Guardian, has used it (sin asteriscos, mind). Catherine Bennett, from The Observer and another features writer I worship, can’t let go of it (or them, and no, no pun intended). Over at the holier-than-thou Daily Telegraph, Andrew Grimson reminds readers that even Liberal Democratic leaders must remember where they have theirs. In case they lose them, maybe. Even The Times is at it with them. And it is not only the Brits; their German counterparts are guilty of the same crime, too.

It is a sad situation when you have to explain to a ten-year-old (Son), that no, this is not a nice word, that a man’s private parts are usually asterisked in the British media (except in The Guardian and The Observer where they delight in using all kinds of expletives without covering them up) and that some words sound very strong to certain cultures.

- How do you pronounce this word, then, papi?

N.B.: For non-Spanish speakers, just in case it has not been obvious to you, either by the tone of the column or by the photo included in it, the 'c' word I alluded to in the above post is a swear word for 'testicles' in Spanish.