Are you a little, very or not satisfied at all with your life? Fret not, for I'm not about to flog you a drug so that you can achieve that state that some people call "nirvana" and others "communism". We all know what happened after the Summer of Love in '68. Flowers-In-Your-Hair Inc. was created. And let's not even go into the whole Berlin Wall shebang. Stasi anyone?

No, the reason, or rather, reasons, why I'm asking you how satistified you are with your live is because recently l'Insee (Institut national de la statistique et des études économiques) asked French people the same question. In a scale of 0 to 10 where the nought represented zero satisfaction and the 10 "very satisfied" (or if you like, a survey where people could go from The Rolling Stones to Alice in Wonderland's Cheshire Cat in no time) the Gallic nation settled for an acceptable 7. And that's even without including the French team's recent success in the rugby world cup at the expense of both England and Wales.

The results do not throw up big surprises. Money still features highly in a person's bien-être, but so does health. Which is welcome news for me as that's one of the ways in which we measure happiness in Cuba. We always wish relatives, friends and work colleagues or classmates "good health". The equivalent of "God bless you!" when someone sneezes is in Cuban Spanish "Salud que haya, que belleza sobra" (May there be health for there's already beauty aplenty). So, it's comforting to know that in the developed world not everything is about bling-bling.

More surprising was to find out that our contentment levels diminish between the ages of 45 and 49. In fact from our early thirties to our late forties one of the graphs in the article shows a steady decline in our sense of well-being. What I would like to know is if this is a modern phenomenon, maybe related to our fast-paced lifestyle, or if it was always thus. From our 50s until our early 70s the curve peaks again which might have something to do with feeling more settled and at ease with our lives.

I wonder if I was to conduct the same study worldwide what the score would be. To go back to my original question: do you belong to the Jagger brigade and "can't get no satisfaction", or have you already purred your way through life to relative bliss like our friend the Cheshire Cat? And if the latter, what are the elements that have contributed to it?

Place of residence, job - or lack of it thereof -, relationship status and children. These are all aspects of a person's life at some point or other and therefore are components that can and do alter patterns, thus bringing about changes in our wellbeing. In the wake of the financial crisis of 2008 and the recent austerity measures introduced by the coalition government in Britain, there's been a spate of commentaries that centre on what we, human beings, should really be focusing on. Our priorities, if you like. And money, not surprisingly, has been given a supporting role. A good example is the section "Thought for the Day", on Radio 4's Today programme. This is a five-minute slot where representatives of different religious faiths (no secular speakers are allowed yet) theorise on contemporary issues. For the last year or so I've noticed a shift in the subjects discussed; from God-related items to more earthly ones such as: empathy, justice and thriftiness. Of course, the Abrahamic faiths have always preached against human flaws like greed, even if the organisations that represent them have occasionally been found guilty of the same sin. But it is not too far-fetched to think that, faced with a money-minded society and the consequences of this mantra, people are beginning to take a long, hard look at the world around them and not just at their bank account.

There was a similar exercise to the French survey a year ago by Britain's equivalent of l'Insee, the Office of National Statistics, when the Prime Minister, David Cameron, asked the organisation to gauge general well-being. It was somewhat marred by the background of protests and discontent that accompanied the press release. Plus, the PM missed an important detail: happiness or satisfaction is a subjective phenomenon. You can speculate on it with graphs and numbers, but in the end some people are chuffed about autumnal days whereas others are frustrated about the fact that their hard-earned qualifications cannot get them the job they believe they deserve (as the French study showed). To try to come up with a happiness index based on the standard GDP model is like attempting to teach ballet to a hippo, Fantasia notwithstanding. 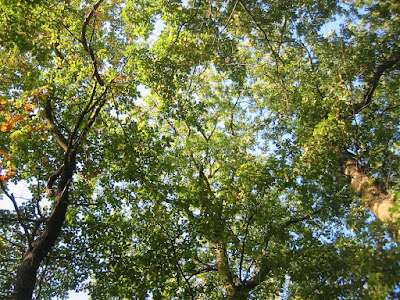 Above all, it comes down to whether you feel less satisfied because "a man comes on the radio/he's tellin' me more and more/about some useless information/supposed to fire my imagination", or if the permanent grin on your face is based more on the abundance of milk and cream around you. Grumpy, aging rocker or cheeky-chappie feline? The choice is yours.

Next Post: “Of Literature and Other Abstract Thoughts”, to be published on Wednesday 26th October at 11:59pm (GMT)

Photo taken by the blog author.