Living in a Bilingual World (The One About Endangered Languages)

According to Genesis, the Tower of Babel was supposed to be human beings' way to "reach unto heaven". I think we're all acquainted with what happened in the end: God grew jealous and punished the puny transgressors by confounding their language. No one could understand the other person's speech anymore. And so, that's how New York came into being.

Sorry, did I confuse you, too? Well, just.

Recently I came across an article in The Economist magazine that dealt with one of my favourite topics and this column's raison d'être: languages. In this case the feature focused on the disappearance of a number of unusual tongues, which have found a home in the US metropolis. In order to address this situation a group of academic linguists got together to collect, record and codify grammar, pronunciation, syntax and in some cases traditional songs and stories from a dozen languages. The results are spellbinding: samples range from Mexico to Indonesia. And they're all under the same (metaphorical) roof.

Some people might scoff at the attempt to "rescue" these languages. After all, how many of them, in the history of humankind, have run their course and become extinguished? Surely there must be reasons for that. Disuse, complexity, geopolitics, to name a few. Furthermore, once we welcomed the arrival of a lingua franca, i.e., English, we helped, unintentionally, dig up the grave into which we condemned all these other "esoteric" languages. 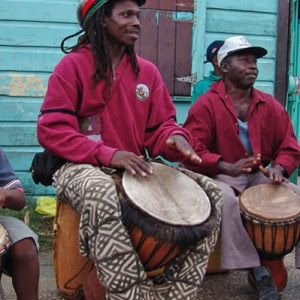 But, I can't be the only person who greets news of a research into endangered languages with open arms. For one, the study gets the better of my inner linguistic Snoopy. For instance, in Mahongwe, a language from Gabon, the word manono, translates as “I like” when spoken in soft and flat tones, but “I don’t like” when the first syllable is a tad sharper. No information is given about what happens when you're down with a cold. Then, there's the cultural side of it where we get to learn about oral traditions that, in many cases, are hundreds, if not thousands, of years old.

I'm not surprised that it's New York where this research is taking place. Although it could have equally happened in London. After all, there's a lot more linguistic diversity in the British capital than in the US metropolis. But with its skycrapers attempting to "reach unto heaven", this modern Babel is the closest we'll get to its biblical counterpart. And you know what? By confounding those hubristic humans, maybe the Lord gave us the best gift of all: a cultural mix that has enriched our human experience.

Next Post: “Sunday Mornings: Coffee, Reflections and Music”, to be published on Sunday 23rd October at 10am (GMT)

Image of Ibimeni (Garifuna traditional music from Guatemala), taken from Black Star Liners blog.
Posted by A Cuban In London at 23:59