Living in a Bilingual World (Andante) 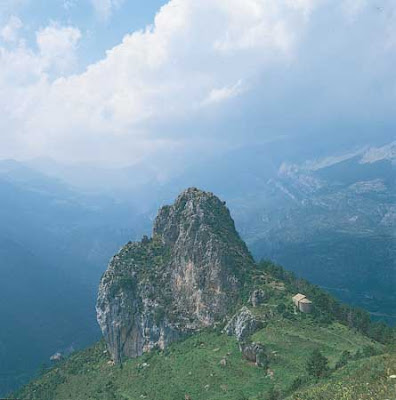 - Papi, when I grow up and have children can they have your second surname as their first one?
- ???!!! Well, I don't know... I suppose they can... I don't know, we'll have to find out.
- But, is it OK to do that?
- I guess so, nene. I guess so.
It had never occurred to me that both Son and Daughter would want to carry down my maternal surname to the next generation. In Cuba we are all resigned to the fact that with my cousins and me the famous symbol of our Basque ancestry will disappear.
My second surname is a puzzle for the dwellers of these islands. Shorn of one important letter that was probably dropped in the Atlantic Ocean when my great-grandfather was crossing it from Canary Islands, it is an appellation that the sons and daughters of Albion still struggle with. The inclusion of a surrogate vowel in lieu of the missing one did not nothing to assuage the nerves of people who come across it and feel wary of making a fatal mistake in saying it. Especially in these times of PC culture. And there have been many instances in the last ten years when I have been asked to spell out and pronounce my nom de famille very clearly.
Before my son was born I toyed with the idea of using Mother's surname as his. That would guarantee continuation and it was the least I could do for the woman who has given up so many things in her life in order to improve mine. But I resisted the temptation and if you ask me now ten years later if I would have liked to do it then, my reply would be yes.
Of course, that that would have brought about complications, as those with Celtic and Slavic names and surnames will attest to. People from the subcontinent do not lag behind and when it comes to Poles, their consonant alliteration is enough to drive this passionate linguist up the wall. Yet, throughout this all, the beautiful element that stands out is the cultural legacy of these peoples.
My Basque surname is entwined with the immigrant's dreams of making it big in Cuba. My great-grandfather, as I understand it, arrrived in the Havana countryside like many 'isleños' (islanders) before him, trying to hit the jackpot at a time when the economic conditions were favourable for newcomers. It was in the same period that many Chinese people migrated to the Caribbean nation, too. The surname survived a couple of generations but looked doomed when my grandmother gave birth to three girls: my mother and my two aunties. From there onwards it was just a matter of watching it slowly fade away.
In the UK, things function differently, which is why if Son and Daughter have their way, especially Son, my second surname will once again metamorphose, this time into the British social fabric and adopt a new identity. But one that is rooted in a Caribbean island where Basque, African and Chinese bloods contributed to the formation of a Cuban In London.
Copyright 2008
Posted by A Cuban In London at 19:06