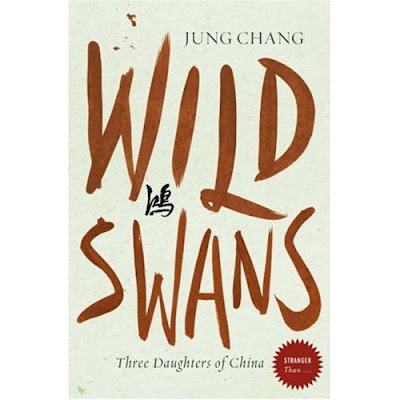 My eyes collide head-on with stuffed graveyards
False gods, I scuff
At pettiness which plays so rough
Walk upside-down inside handcuffs
Kick my legs to crash it off
Say okay, I have had enough
What else can you show me?

And if my thought-dreams could be seen
They'd probably put my head in a guillotine
But it's alright, Ma, it's life, and life only.

I close the book and shut my eyes. I clench my fists and open my soul. The tears in my eyes well up. My pulse races. My breathing increases. Outside, my body is inert. Inside, my body is a volcano about to erupt. But it's alright, Ma, I am just bleeding. I do not want to cry here, though. I am at the hairdresser's. My long single twists have not been touched for a few months and the untangling process is claiming my scalp as a victim. But my pain is not of the follicle variety. It has to do with the death of roughly 30 million people. 'Is it hurting?' 'No, it's fine'. 'You shouldn't leave your hair unattended for so long'. 'Yes, I know, but you know, lack of time'. 30 million people. Or maybe it was 20 or 40. Who cares? One man, supported by mainly an idea contributed to the demise of millions of his compatriots. What prices paradise? What prices Heaven? How can you measure a panacea in human lives? And is there a measure unit to assess how many humans are needed in order to achieve someone's utopia? 'I hope those watery eyes are not the result of my comb'. 'Oh no, don't worry, you have to do what you have to do and I have been too careless with my hair'. No, my watery eyes were the result of reading someone's story about worshipping a leader whose actions brought suffering and devastation on her family. For the next three hours as the hairdresser continues to do my hair I carry on reading (a different book now) but my mind wanders back to the one I have just closed. As soon as she finishes ('Well, remember, don't leave your hair tangle up so much, come back in six or seven weeks', 'OK, I will') I go out into the London night. It is drizzling (or spitting, as they say here), perfect weather to let out my tears. I switch the taps on and allow my feelings for those victims of utopias everywhere to show.

Certain books have the capacity to ask us questions, others, aim at providing answers. And then there are books that just open themselves to us, untroubled but with problems, blithe, yet serious. They deliver the content in ways we are unaccustomed to.

Wild Swans is one of those books.

Written by a Chinese woman, Jung Chang, the book traces the history of that Asian nation in the twentieth century through the eyes of three generations of Chinese women, Jung's grandmother, her mother and herself. From the time when concubines were still a commodity down to Mao's last years, Wild Swans is not just a memoir, but also a literary documentary with even a photographic feel to it. Jung Chang's descriptions of the Chinese countryside provide the book with a sentiment of infinity and vastness. The sheer size of the land serves as a background for all the political and economic battles that roll out in the fifty-odd years the memoir covers.

As the empire is overthrown in 1911, there follows a succession of historical events culminating in Mao's Cultural Revolution upon which the Chinese people have very little say and direct influence, yet bear the brunt of the fallout.

Needless to say it is the section that covers Mao's years where my attention focused the most. The reasons stemmed from a desire to know more about an event whose significance was hardly ever discussed in Cuba when I was younger, but there was also an appeal that felt more personal, since Jung's life and mine mirror each other up to a certain extent.

Chang left China when she was 26 in 1978. I left Cuba when I was twenty-six years old in 1997. Jung majored in English language. So did I. The Chinese author found her 'knight without armour' in Britain. Although I found my 'lady under no distress' in Cuba, I can identify myself with her feelings for her other half. From an early age she showed a passion for books and it was this zeal that kept her sane throughout her hardship. In the early to mid-nineties as the Cuban economy nose-dived I was commonly found on buses, backs of lorries and any other means of transport reading placidly a novel by Jane Austen or George Orwell (the latter, in secret for reasons we all know) whilst all around me the world collapsed.

En brèf, Wild Swans was a reminder of a bigger truth. Whether it be a socialist, fascist or theocratic state, people's oppression and the means to carry it through changes very little. One of the most telling moments in the book is when Jung Chang, still a firm believer in Mao Zedong's policies, wonders how it is possible to whip up the frenzy that most of her compatriots seem to suffer from and that leads them to carry out violent acts. What is it that turns normal, law-abiding citizens into beasts whose thirst for blood overcomes even the minutest sense of respect for fellow human beings?

The only possible answer I have is a cynical one. We already have those traits and provided the puppeteer is capable enough, he/she will be abel to trigger off a series of emotions and feelings that will act as a catalyst for us to carry out these hideous deeds. That will irremediably lead to chaos and destruction. Recent events support my theory. Sierra Leone, Kosovo, Rwanda. The situation is probably all the more despondent if the main colluding element is the state, the one body in charge of protecting us.

According to Jung Chang, Mao Zedong did not have a secret police, Stasi-, G2-, or KBG-style. He did not need to. His own people acted as both aggressor and defender at the same time. This fact reminded me of a comment made by Milan Kundera in his outstanding novel 'The Unbearable Lightness of Being', already quoted on my blog a few times. On referring to the events of 1968 in Czechoslovakia, when Soviet troops invaded the country and comitted all kinds of atrocities, the author says:

'Anyone who thinks that the Communist regimes of Central Europe are exclusively the work of criminals is overlooking a basic truth: the criminal regimes were made not by criminals but by enthusiasts convinced they had discovered the only road to paradise. They defended that road so valiantly that they executed many people. Later it became clear that there was no paradise, that the enthusiasts were therefore murderers.'

There is no doubt that Mao was a murderer. Whether he knew what was happening in China or not (the excuse that some apologists and revisionists like to hang on to) under his mandate, the truth is that many innocent people died as a result of his narrow-minded and totalitarian attitude. But what about those who helped him? Let's go back to Kundera:

'Whether they knew or not is not the main issue; the main issue is whether a man is innocent because he didn't know. Is a fool on the throne relieved of all responsibility merely because he is a fool?'

And now let's read Jung Chang's comment on Mao's 'success' as a leader:

'He was, it seemed to me, a really restless fight promoter by nature, and good at it. He understood ugly human instincts such as envy and resentment, and knew how to mobilise them for his ends. He ruled by getting people to hate each other. In doing so, he got ordinary Chinese to carry out any of the tasks undertaken in other dictatorships by professional elites. Mao had managed to turn the people into the ultimate weapon of dictatorship.'

From which my conclusion is, in the making of a dictator we all collude. Some, more passively than others, but we are all in it together. And no, this is not a pleasant thought. Because when I was reading Wild Swans (which I had to put aside a few times as there were parts too painful to read) I was suddenly reminded of the time when I could have done something. And yet, I remained silent. Or rather, I sat on the fence.

In 1992, on my way to my twenty-first birthday and half-way through my English course, I came across the subject Scientific Socialism, already downgraded from Scientific Communism, in uni. The lecturer was affable and friendly and we did not think much of the content of his classes. He was a joker and that was enough. One day, my classmate Luis Gustavo, who had been at El Saúl Delgado College with me and whom I knew very well, stood up to answer one of the teacher's questions: Was there freedom of speech in Cuba? Luis had a brilliant mind and he gave him a really thorough reply as to why he did not think that people in Cuba enjoyed the benefit of discussing and debating their ideas freely. The lecturer's reaction was curt and abrupt. I was called next to comment on Luis' remarks. Since year 12 when I spoke against one of my classmates' expulsion from college I had garnered a reputation for being something of an articulate and rational person. Now it was my big moment of showing the same capacity for oratory to defend my friend. However, I failed. I chickened out. At the eleventh hour I looked into my future and forgot his. I babbled incoherently about a different matter, thus, diverting attention from the real important issue my friend had just called attention to. The lecturer understood, my class understood, I think that even Luis Gustavo understood. There are many tales like mine in Wild Swans and this was partly the reason why Maoism triumphed where other systems had failed. Because they had people like me who put their personal interests above the ideals they cherished: the rule of law, independence of mind, rationality, accountability and respect for human and civic rights. As a consequence of his remarks, Luis Gustavo was expelled from uni. The lecturer was never the same again. I was never the same again, either. A sense of guilt overwhelmed me for a long time thereafter. After a while, though, that feeling of culpability subsided. Wild Swans brought to mind what happens when we all become bricks of the same wall. Our solid surface provides the façade against which everyone crashes. And those who crash today will probably be bricks tomorrow.

The ending of Wild Swans serves as a reminder that sometimes happiness is found elsewhere, even if one is separated from one's country of birth. Even if one, Ma, is still bleeding.