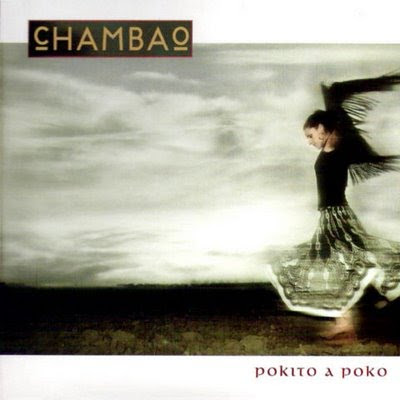 Success comes in different guises and forms. Sometimes it has unforeseen consequences, and not always these are the desired ones. Take Chambao, for instance. Killer Opening Songs was enthralled by the flamenco-electronic band's debut album 'Endorfinas en la Mente'. María del Mar's (La Mari) tender voice, excellent arrangements, lyrics that sought to explore everyday life; they were all elements of a pop outfit that was in full control of map, compass and binoculars and knew the way to their chosen destination very well. That's why it's slightly annoying that the Malaga-born combo has more of a reputation as 'flamenco chill' than as a good pop band. The danger of being classified as the former is that it lumps them together with all kinds of Frankestein-like creations, the aim of which is to provide a calm and relaxing soundtrack to Ibiza-style evening dinner parties. K.O.S. is of the opinion that this approach could dilute the message that Chambao conveys in songs like 'Ahí Estás Tú', a song about making the right decisions in life ('Esa pregunta que te haces sin responder/Dentro de ti está la respuesta para saber/Tú eres el que decide el camino a escoger/Hay muchas cosas buenas y malas, elige bien', sorry no translation this time).

But let's leave behind the category in which recording companies continue to put Chambao and let's focus instead on the band's sophomore record, 'Pokito a Poko' ('Little by Little'), where the Andalusian combo kept on experimenting with new sounds and harmonies. Their trademark of distant handclaps mixed with guitar and voice are still present, but they are accompanied by other influences as heard in the Latin-tinged 'Roé por la Escalera' ('I Rolled Down the Stairs').

The Killer Opening Song, 'Mi Primo Juan', is one of the saddest songs ever written about cancer (at least that's the condition to which K.O.S. believes Chambao is referring) and yet it still manages to sound upbeat. We witness how Juan goes to the doctor’s because he’s not feeling very well and on finding out what the problem with him is, the physicians refuse to tell him ('Esta es la historia de mi primo Juan/que fue al hospital por que se encontraba mal/los doctores que lo vieron to’ los días/y ninguno le decía que tenía'). Eventually, he gets worse until he can’t eat or drink anything other than fruit and water. In such a short tune, Chambao deals with traditional vs alternative medicine, the police’s attitude to Juan growing ‘yerba’ (good wordplay on ‘grass’) and chemotherapy’s failure to halt the devastating illness ('mi primo fue a por yerba pa’ huma/por que la quimioterapia lo está dejando fatal/ya no, ya no se ríe igual mi primo/ya no, ya no se ríe mi primo igual...').