West Norwood: a Gothic cemetery with a touch of the millionaire about it 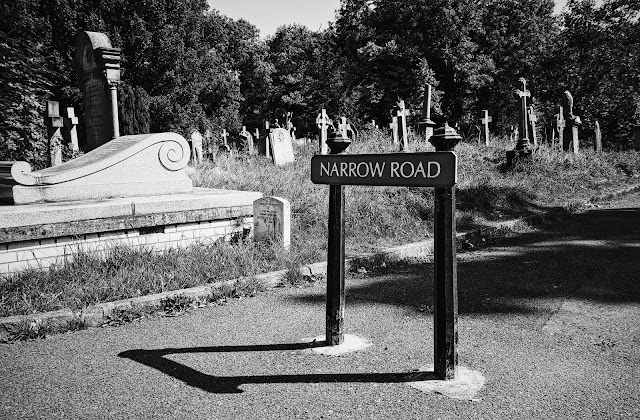 Halfway through what is an exceptionally warm September day, it occurs to me that my attraction for cemetery parks is as much about their history as it is about my disappointment with London’s modern architecture.

As I cycle away from Nunhead Cemetery on Linden Grove, I think of Rowan Moore, The Observer’s architecture critic, and his opinion on many of the capital’s latest vertical additions. One of his more recent pieces dealt with 22 Bishopsgate, a monster of a building at 278 metres high, located a stone’s throw from Liverpool Street.

Moore asks two questions: the first one being, is there such a thing as too big when it comes to such buildings? And the second one is, is so much space needed at a time when remote working and the altered habits of the pandemic might conceivably reduce the demand for conventional office space?

I’m not interested in the second question. It is the first one that has troubled me for almost as long as I’ve been in Britain. 22 Bishopsgate comes only second to the 310-metre Shard in the race to be the tallest building in the UK. Throw in the Gherkin, the Grater and Nine Elms Vauxhall (in reality, the complex sits between Battersea and Vauxhall) and for the last fifteen, sixteen years, we have been looking up most of the time in central London.

The effect of this new trend is that the traditional, low-rise design I came to love so much when I first relocated here is finding less and less urban space. Most architects want to build up, not across. Or, if they build across, they still want to go up. Perhaps, that’s why I feel attracted not only to London’s Magnificent Seven, but also to its parks, green areas and (low rise) estates.

Another reason why I dislike the Shard, the Gherkin et al, is that they all smack of money. This is the new London of overseas investors, dark, fancy, empty flats at night (a lot of property is bought but not occupied) and poor doors (the segregation of inner-city upmarket apartment blocks). No, thank you very much, but that’s not for me. I’d rather hang out in the rundown area in and around Bethnal Green than bloody One Commercial Street.

The world’s first Gothic-style graveyard, specific-designed West Norwood sits on a hill. After a pleasant ride down Dulwich Common (great road infrastructure), I pull up just outside this “Millionaires’ Cemetery”. The reason for the moniker is the number of high-quality mausolea and memorials.

At first sight the formerly known South Metropolitan Cemetery has more in common with Nunhead than with both Tower Hamlets and Abney. Its paths are tidy, its landscaping manicured and its architectural gems clearly signposted. I wonder what autumn here will look like. It must be a festival of colour with so many trees (oak and lime amongst others) providing much-welcomed shade right now. Grade II-listed West Norwood boasts great biodiversity as well. Bats, woodpeckers and tawny owls have found a home here. In addition, a £4.6m awarded by the National Lottery Heritage Fund in 2019 will help restore historic monuments and secure the graveyard’s future for years to come.

Amongst the people buried here, some names are familiar: Baron Julias de Reuter, who went on to found the well-renowned Reuters agency and Sir Henry Tate, founder of the Tate Gallery.

With the sun just past its zenith, I saddle up again and head for the river, this time to cross it back northwards. The next stage of my bicycle journey will take me to two cemeteries in the same borough. Yet, the areas they sit in couldn’t be more different. This is the London many tourists don’t know about. The one where a door can lead the visitor through a hotel-style lobby, whilst another one will take them to a social housing development.
Posted by A Cuban In London at 00:01