It’s that time of the year again when the lines of Stevie Wonder’s dream-like and timeless melody, Visions, make me fall into a seasonal reverie: “I'm not one who makes believe/I know that leaves are green/they only change to brown when autumn comes around”. 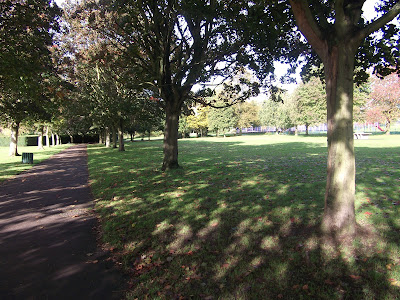 Autumn is here. The colourful annual showcase to which nature treats us all and only it (she, maybe? I’ve always seen nature as female) can deliver. Nature, the wise artist who uses her hands deftly to leave behind minute, thin and barely perceptible brush strokes in the landscape. Mamá natura, whose clever fingers manipulate light (including the winding of the clocks back one hour) and give us glorious sunrises and unforgettable sunsets.

This time around the arrival of autumn was unintentionally enhanced by my reading a beautifully crafted essay in the latest issue of Intelligent Life, the bi-monthly lifestyle and culture magazine published by The Economist. Entitled “The Uses of Difficulty”, the article purported to explain the reason(s) why some people placed hurdles in their way to achieve their goals. To quote two examples from the article, Ian Leslie the author, states that “In 1966, soon after the Beatles had finished work on Rubber Soul, Paul McCartney looked into the possibility of going to America to record their next album. The equipment in American studios was more advanced than anything in Britain, which had led the Beatles’ great rivals, the Rolling Stones, to make their latest album, Aftermath, in Los Angeles. McCartney found that EMI’s contractual clauses made it prohibitively expensive to follow suit, and the Beatles had to make do with the primitive technology of Abbey Road.”

Leslie’s conclusion in the essay was that this technological obstacle, far from hindering the band’s development, encouraged them to create their most groundbreaking work. He certainly has a point. The Beatles’ Revolver and Sgt. Pepper’s Lonely Hearts Club Band are probably the Fab Four’s finest hour, with the latter topping the list as the all-time best Beatles record.

The second example involves the poet Ted Hughes. Hughes sat on the judging panel of an annual poetry competition for British schoolchildren for more than two decades, beginning in the 60s. During the 80s he noticed how some poems became longer. They were still fluent and inventive, and yet, they were in, Ted’s opinion, “strangely boring”. He later found out that many of these pieces had been written on computers, some of which had just surfaced in people’s houses for the first time.

On analysing Hughes’ response to this phenomenon – for him putting pen to paper was meeting “the terrible resistance of what happened your first year at it, when you couldn’t write at all” – Ian Leslie resorts to scientific research. Apparently there’s evidence that handwriting activates more of the brain than keyboard writing.

Leslie’s essay will come as a surprise to those who think that the quicker and easier an obstacle is overcome or removed, the better we’ll feel about ourselves. Actually, as human beings, we’re perfectly equipped to deal with difficult situations, especially those that require more time, concentration and effort. And even though sometimes we feel frustrated when we’re incapable of solving these situations, the thought processes we apply to the solution of these problems help us develop skills of which we might not have been aware before. 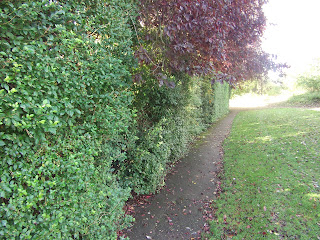 The article also made me ponder if this notion of “desirable difficulties” was only applicable to human beings. That’s when I thought of autumn and nature. I’ve lost count of the amount of times I’ve been asked by well-meaning folk if I don’t find the grim and grey weather in the UK a too stark and unbearable contrast to the sunny and warm temperatures in my native Cuba. “I hope you didn’t relocate to London for the weather”, they usually say. Well, surprise, surprise! The number one reason why I live here is that I fell in love with a British woman and we decided to settle in Great Britain. But if I hadn’t met my wife and still had had the opportunity to move here, I would have done it. For the weather. There’s nothing like waking up in the morning to the first rays of warm spring sunshine after a harsh winter.

The change of seasons in the UK is probably one of the most beautiful spectacles I’ve ever witnessed in my life. Living here for close to fifteen years now has convinced me that nature is the living proof of those “desirable difficulties” Leslie mentions in his essay. In order to have an explosion of life and colour in spring we need the barrenness of winter which usually starts with autumn’s impressionistic wild brush strokes. These are nature’s own barriers.

It’s almost as if every year nature challenges herself to end life in order to start it all over again. The obstacles nature places in her own way – fallen leaves, naked trees, monochromatic landscapes, cold temperatures – are a way of boosting her creativity, in my view. Without what John Keats called the “season of mists and mellow fruitfulness/close bosom-friend of the maturing sun” we wouldn’t be able to appreciate summer’s warm weather and clear, blue skies. 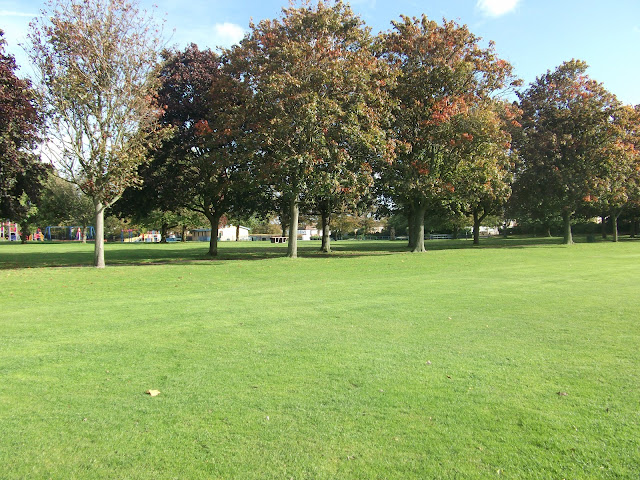 That might be the number one reason why I fell for autumn’s charm many years ago. Because just like The Beatles had to make do with rudimentary equipment or Jack White – formerly of The White Stripes – uses inexpensive guitars that won’t stay in tune, autumn is nature’s first step in remodelling and rebuilding our landscape. It is a barrier, not the kind that blocks progress, but the kind that encourages creativity. If you don’t believe me, look outside your window now and tell me. What’s your take on that beautiful and colourful kaleidoscope? Does it put a spell on you? Because it already has on me.

Photos taken by the blog author.

Labels: A Cuban In London, Cubans in London, I've Put a Spell on You, Ian Leslie, Intelligent Life, music, Nina Simone, The Uses of Difficulty