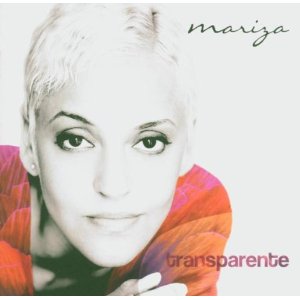 Music that serves as an accompaniment (others would say antidote, but that’s their opinion and they’re perfectly entitled to it. Thank you very much) to autumn’s rich orange and red hues must have a nostalgic feel to it. That’s why this week Killer Opening Songs settled for the first track of the third album by the queen of fado, Mariza.

K.O.S. is not in the habit of bequeathing royal titles on artists just for the sake of it, but in this case, the accolade is thoroughly deserved. Fado is that kind of musical genre of which many people are still unaware, but which, once acknowledged and listened to, leaves an indelible mark on sensitive souls. And Mariza is the perfect vehicle for that conversion. Armed with an extraordinary voice, the looks and stage presence of a modern Marlene Dietrich and a strong production team behind her, the Portuguese singer has been pivotal in the revival of this old tradition. Transparente (released in 2005) is the third CD of what has been so far a stellar decade-old career. The record builds up on the success of its predecessors, her trail-blazing debut Fado em Mim and the exquisite Fado Curvo.

Fundamental in Transparente’s success is the Introductory Melody with Murderous Tendencies, Há Uma Música Do Povo (There’s a Song of the People), a poem originally written by the Portuguese poet, philosopher, translator and literary critic, Fernando Pessoa. This brooding, dark-edge ballad is perfect for the early evenings that become the norm once October kicks in. Its lyrics are testament to the stronghold music has over us: Há uma música do povo/Nem sei dizer se é um fado/Que ouvindo-a há um ritmo novo/No ser que tenho guardado (There is a song of the people/I don't even know if it is a fado/When I hear it, there's a new rhythm/In the being I have in me).

Há Uma Música Do Povo is also the key that unlocks a trunkful of breathtaking and innovative songs. They are supported by a bold approach to arrangements to traditional fado melodies. For fado purists, this means having to put up with non-traditional instruments such as flute and accordion. For fusion lovers, like Killer Opening Songs, what Mariza has done is simply reach out to the Lusophone Diaspora and include rhythms such as morna (Cape Verde) and bossa nova (Brazil). After all, the album was recorded in Rio do Janeiro and produced by the Brazilian Jaques Morelenbaumtakes.

Since Transparente Mariza has released two more CDs, Terra and Fado Tradicional. But for evidence of what a true artist can do with tradition (revive it and rework it) look no further than Fado de Mim, Fado Curvo and Transparente. And, of course, it’s because of the Killer Opening Song, Há Uma Música Do Povo, that you, too, will fall for this fadista’s charms, her haunting voice and her delicate arrangements.

Next Post: “Sunday Mornings: Coffee, Reflections and Music”, to be posted on 4th November at 10am (GMT)