Recently, whilst watching BBC News, I faced what I can only call an 'emotional and rational cataclysm'. One of the presenters was interviewing a woman whose only son had been violently murdered by a local gang. Some of the culprits had been given life sentences, but after six or seven years they were about to be released. In the studio with the aforementioned mother was an expert in law who tried to explain the reason behind the change in the offenders' punishment.

This was yet another occasion on which I felt every part of my body reaching out to another person for whom, in my view, justice had not been fully done. This woman's pain, on talking about her son and how he'd been set upon by a bunch of low-lifes, was palpable and real. My emotions ranged from anger at the gang members, who had apparently shown no remorse for their actions, to despair at yet more evidence of human failure. But then came the law analyst's intervention. He spoke of broken homes and shattered dreams, of wasted childhoods, of an imbalance between physical growth and mental development. My mood changed. Doubts crept in. Then. the mother held the floor again. Pictures of the criminals were shown and my anger returned. To say that I felt like a tennis ball being hit from side to side during that debate would be an understatement. It was only when someone mentioned the 'c' word that I realised what I was going through. 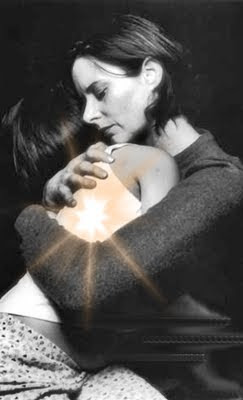 'Compassion' comes from the Latin 'compassiō' (fellow feeling). However, to a Spanish speaker, when said quickly, the term might be a bit confusing: 'compasión' vs 'con pasión'. The former translates as 'compassion' into English, whereas the latter comes back as 'with passion'. There is a rule in Spanish that dictates that in any word where the letters 'b' and 'p' are preceded by 'n', the 'n' is changed to an 'm', hence the confusion sometimes when you hear people talking of 'compasión' or 'con pasión'. That the mother was talking with passion should come as no surprise. After all it was her son who had been savagely murdered by thugs. But still, when the expert explained how these young criminals needed love and compassion above all, I felt my liberal self pick a fight with my animal instinct.

What is it about the efforts to commiserate with transgressors that brings us down a couple of notches on our human scale? How often have I caught myself thinking: 'Hanging would be too good for him/her/them!' only to be repelled (well, only just) at my attitude afterwards? Do you, readers and fellow bloggers, feel the same?

In a world where many times we're not even waiting for the other party to finish his or her side of the argument before we press on to put our final point across, is it surprising that sympathy is going the same way as the Bengal tiger, towards extinction? I confess that I used to belong to the ‘an eye for an eye’ brigade, but experience has convinced me that when you retaliate against an unjust action, or what you think it's an unjust action, the reaction you get is almost the same as spitting against a 200-mile-per-hour gale strong wind. You’re the only who’s going to get hurt. And then you have to hurt the other party even more. Which is why, over the years, I have shifted the centre of discussion or debate from me to us, you and me.

But I would be lying if I wrote that when I look at mugshots of criminals I remain undisturbed. No. I want them punished. Harshly. Severely. As that mother on the BBC channel said: “Doesn’t life mean life? Doesn’t taking someone’s life mean that yours will not be spared?” And wasn’t she right, though? I might have shifted the centre of discussion or debate, but the goalposts still remain in place, dug in the mud.

Compassion is usually confused with pity, so I guess the Germans got it right when they decided that their term would be as un-Latin as possible. In the Teutonic language compassion translates as ‘Mitgefühl’ and the verb is ‘mitfühlen', namely, ‘to feel with’. In that sense, the expert on law was asking us to leave aside our prejudices and ‘feel’ the culprits’ pain. There’re a couple of small problems with that approach, though. Occasionally when we use a microscope to analyse a person’s upbringing and surroundings up close, trying to understand how they are capable of committing an atrocious act, we are in fact giving them a free ticket to Victimhood Island. After all, we know that killing someone else is wrong, even more so when there’s no apparent cause. The other dilemma is that where do we stop? Should we sympathise with Mao for the millions he killed in China? Who knows, maybe he had a lousy childhood. Should we feel compassion towards Hitler for not making it as a painter and forget about Die Endlösung?

Taking into account the kind of society in which we live today, I am of the opinion that we need more compassion, not less, especially when humiliation and aggressiveness have become so common. But every time I think of that woman on BBC News, I feel the wind pushing my ‘Compassion’ boat in her direction and not in the direction of her son’s murderers.