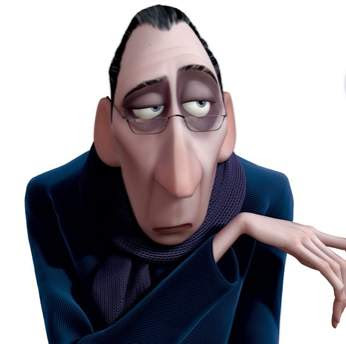 ... art critics. And by art critics, I mean any expert who opines on literature or visual arts. Those creatures that spew venom through their yellowed teeth, leaving their rotten-banana-scented breath everywhere they go. I know Halloween's come and gone, but did anyone think of going out dressed as an art critic?

Before I move on, though, a disclaimer. This post is NOT about Judith Mackrell, Philip French, Luke Jennings, Robert McCrum and Germaine Greer. Well, not about Germaine when she's the in-form writer who can wax lyrical about any subject from knitting to Aboriginal art. But when she behaves vituperatively towards her targets, then... well, I guess she is just being an art critic.

The art critic is that human subspecies (I know, I know, some people would probably scoff at the 'human' bit) for whom nothing has had any value since Picasso and Lawrence Olivier graced our exhibition rooms and stages many moons ago. Any new act, upcoming writer, innovative technique is met with derision and comparison: "Ha! That was already being done in 194...!" He or she is the one that likened Radiohead to Pink Floyd when the former came about in the 90s and who later put Coldplay in the same category. No, you pillock! None of these bands are the same. They appeared in different eras, with distinctive musical aims. But you would be wasting your time. The art critic is two of the three proverbial monkeys rolled into one: See and hear no evil, but speak it very well indeed!

The genesis of an art critic is an interesting phenomenon. The gestation period lasts many years but the signs appear at an early age. He or she is the child for whom the mashed potato is never tender enough, the climbing frame has architectural flaws or his/her art lessons in school do not pose any challenge. As they move through puberty art critics are commonly found to be without partners of their own, but always willing to pounce on what they think are defects in the personality of their friends' other halves. When questioned why they don't put their own courtship theories to the test, their replies are usually the same. No one is ever good enough for them.

As a result of evolution the art critic's forefinger is longer than the rest of humans. Plus he/she has an extra digit, which they place vertically on their lips to silence those who oppose their opinions. That's why it's so easy to recognise them. They're always pointing at faults and shutting people up. And they always seem to think that their opinion matters. In fact, their opinion does matter, unfortunately. But occasionally critics abandon the safety of their cosy and warm lair and venture into subjects of which they have very little or no knowledge at all. And the results are disastrous. Like Stephen Fry's recent comments on women's sexuality. I would have never believed that amongst Stephen’s many talents, being a connoisseur of female libido was one of them. But that’s exactly what happens when a critic thinks that it’s his or her divine right to have an opinion about everything.

The art critic’s skin is so thick that he/she is oblivious to the effect their words have on the public. As readers, we might not care one jot about what a book critic writes about a novel or biography, but you can bet the author will be chewing his or her nails over the outcome. Occasionally, art critics get their comeuppance. Punches are thrown in post-screening parties; glasses of water are hurled at private views at these overgrown schoolchildren that pass off as experts, passages in fiction books dispose discreetly of these know-it-alls. I don’t condone violence, but don’t we love it when the underdog, i.e., the artist, gets his/her own back?

Sometimes we confuse critics and reviewers. It’s an easy mistake to make. Let’s see if I can shine some light on this matter. The former contains the latter. A critic is also a reviewer, but his or her role goes beyond the reporting of a concert, dance show or photography exhibition. A reviewer, on the other hand, has a more flexible and informal outlook. I review shows, books and CDs, but I am not a critic, even if my expertise in certain fields could make me one. A reviewer also has a passion for his or her subject, an approach, that, sadly, the critic has long abandoned. A critic works, a reviewer enjoys.

Just in case you think that I am advocating the elimination of critics henceforth, perish the thought. As illustrated at the beginning of this column, there are critics whose pieces I seek and whose reviews I read, even if I know I will never attend or visit the concert or exhibition they are discussing. A critic is necessary, in my opinion. What is not needed is the bile. I understand that certain artists deserve the opprobrium heaped on them by critics, but it’s when the cultural pages of a newspaper or magazine become the equivalent of a gladiatorial arena in Roman times that I start fretting. Critical sadism masqueraded as quality writing? No, thanks, but no. Small wonder, then, that there were never any flying dinosaurs. They were all terrestrial. If we are to believe the history of evolution and the evidence unearthed by archaeologists, we have to situate critics at the same time as dinosaurs roamed the earth. I’m sure that at some point, T-Rex and its compadres tried to grow wings to fly to more fertile lands, only for the critics to say: “Wings? Who do you think you are? A Pterodactyl?” And at that precise moment, a meteorite struck the earth. We were left with cockroaches… and art critics.

Next Post: ‘Sunday Mornings: Coffee, Reflections and Music’, to be published on Sunday 7th November at 10am (GMT)
Posted by A Cuban In London at 23:59

Labels: A Cuban In London, critics, Cubans in London, Let's Talk About