I once met a woman who was trilingual: she was born in Switzerland, in the French part, and lived there the first few years of her life, thus, she spoke the Gallic language fluently. Her family then moved to Spain, where she was raised, therefore she had an excellent command of the Iberian lexicon. As an adult she settled in the UK with her Canadian partner - later husband -, picking up English in the process. What was curious about this person was how she deployed her linguistic arsenal. She used French for basic conversations, the what, who, where, when, how, so to speak; Spanish for deep talks, from the state of the economy to politics. English, then, was left for chats about children and education (especially home education, as none of her three children went to school). You could say then that this woman was a 'natural' for languages; she was 'hardwired' to become fluent in any lingo.

This is a different post today, in that issues to do with language are usually addressed in my 'Living in a Bilingual World' columns. But today I will use linguistics as an excuse to discuss with you, fellow bloggers and readers, a hot topic, one that has caused many a controversy for a long time and which will continue to polarise people all over the world. Are men really from Mars and women from Venus? 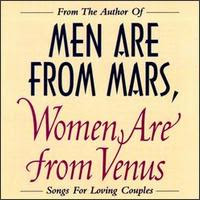 The reason why I'm using this woman as an example for my post today is that the response she often got to her excellent linguistic skills was similar to the feedback women (and men) get when they are involved in activities that are outside their alleged gender remit. Many people oohed and aahed at how this woman was able to switch from French to Spanish to English. But why did she elicit such a strong response? Because her audience was seldom multilingual themselves. Same with the people who claim that females are better at communicating and males better at playing the Action Man role. What a lot of horlicks (as former home secretary Jack Straw would put it. There, another example of male articulacy). Look at a group photo of the latest G20 meeting and tell me how many men and women there are in the line-up. And what do you think they do all day in this once-a-year meetings? Play cops and robbers? Hmmm... I just realised that I might have inserted an (unintentional) pun in that question. To clarify, any similarity to real actions or events is pure coincidence

But you know what I mean. When the G20 meet, they normally talk. A lot. For a long time. Usually behind closed doors. And as this group is male-dominated, we can safely assume that not a lot of 'it' or 'tag' games are being executed (the image of Berlusconi chasing after Merkel is enough to put me off my breakfast, although apparently he hasn't got any problems giving chase to seventeen-year-old girls).

Then, how is it that we still allow our - obvious - biological differences to rule our social interaction and our contribution to modern society? Why is it still OK to ascribe certain rigid mores to each gender without double checking first that, hey! they are interchangeable and don't you know that women can drive buses and men change nappies?

The 'Martian Man vs Venusian Woman' is a far too rich industry to execute a U-turn like Pope Benedict has done in relation to the use of condoms. And even the Pontiff's statement was not very radical. Anyone expecting to see a headline reading: "Pope Benedict: Jesus did not die on the cross, he died of a severe case of micturition, hence his crossed legs", will have to wait. The Pontifex Maximus has merely accepted what everyone else has been saying all these years: that the use of condoms reduces the risk of infection from Aids. Still, can you hear the gritting of teeth? Likewise, anyone expecting the advocates of biological determinism to come out and say that, actually, the differences between men and women are more often than not caused by social conditioning than innate distinctions, should sit down and wait patiently... and wait patiently... and wait patiently...

That's why I am opening up my blog for another debate (I've already done it once. Remember the discussion about feminism? Click here, here and here so that you have an idea about how it works). On this occasion we will be talking about the issue of nature vs nurture from a gender point of view. If you want to be part of this debate, e-mail me at my address (it's in my profile). I have drafted up three questions for the first three bloggers who contact me. Once I have received the confirmation from the three contributors that they want to take part in this discussion, I will then respond to all of you at the same time. I will be using the Bcc field to avoid disclosing your e-mail addresses. All replies will be unabridged. What you write is what I will post. I would really appreciate it if you could forward a very short bio, maybe just a couple of lines. Pics are optional, as I know some bloggers prefer to remain anonymous. If you do send a photo, please, do it in jpeg, tiff, giff or bitmap format, blogger doesn't accept pdfs. Your blogs will be linked at the beginning of each biography. If you want to reproduce the content of my piece in your own blogs, please, feel free to do so.

The follow-up to this column should come out next week, as long as I get the replies in time. I do have an alternative post to publish, just in case (always have a plan B), but I would really love it if we could segue from today's column to next week's instalment smoothly.

So, get writing! I'm already looking forward to your contributions.

In other news, the Theatre Royal Stratford East was the perfect setting for an amazing concert by the Creole Choir of Cuba last Thursday 18th November. Desandann (meaning 'descendents'), as the vocal troupe is more widely known, blew the audience away with their passionate songs, passed down by their parents and grandparents. The melodies, sung in Creole and supported occasionally by drums, highlighted the influence that Haitians have had on Cuban culture for centuries. I would like to thank Joe, Rebecca and Lucinda from Serious for giving me the opportunity to attend and review this concert. The choir will be on tour next year. For full details of their upcoming performances, click here. And for you readers/fellow bloggers, here's a taste of what my beautiful Cuba has to offer.

Next Post: 'Sunday Mornings: Coffee, Reflections and Music', to be published on Sunday 5th December at 10am (GMT)

Labels: A Cuban In London, Cubans in London, Desandann, Foreign languages, French, Living in a Bilingual World, Spanish, The Creole Choir of Cuba