If Killer Opening Songs could give Aziza Mustafa Zadeh another middle name (assuming Mustafah is her middle name) it would be 'passion'. If she could have two surnames like us, denizens of the Spanish-speaking Americas, they would be 'intensity' and 'vim'. Because that's what K.O.S. feels everytime it plays one of Aziza's records.

K.O.S. first became acquainted with this Azerbaijani musician's oeuvre when it borrowed a CD from its local library entitled 'Women in Jazz'. Her track 'Marriage Suite' stood out immediately. A musical love affair between K.O.S. and the composer ensued from that day onwards which remains until now as fresh as ever.

From an early age Aziza was exposed to music via her two parents. Her father, Vagif, was a pianist and composer and her mother, Eliza, was a classically-trained singer from Georgia. Although Aziza was a Bach and Chopin enthusiast when she was little, she showed an inclination towards improvisation as she grew up. At 17 she won the prestigious Thelonius Monk competition in Washington DC playing the famous musician's compositions but in her own style. Around that time she moved to Germany with her mother and that's when she started to develop her distinctive musical direction.

This week Killer Opening Songs brings you the first track from her 1993 album 'Always'. This record earned Azia many accolades, amongst them: the ECHO Award and the German Phono Association's Jazz Award. This was followed in 1995 by 'Dance of Fire', another regular listen en la casa de Killer Openings Songs. A mild uproar was caused by Aziza's decision to appear with little more than long tendrils of hair on the cover of her follow-up album 'Seventh Truth'. Far from apologising and keeping a low profile, Mustafa Zadeh went on the offensive and in response to the public outcry (mainly in her native Azerbaijan) she retorted à propos de the risqué artwork: 'It means people are starting to wake up a bit. I'm so glad. Actually, I find it amusing! Why all the fuss? '

Returning to this week's offering now, the reason why K.O.S. finds this track so alluring is that on this clip the Azerbi composer has stripped the music down to just the piano. And believe K.O.S. when it tells you that although the album version is brilliant this live performance is a hundred times better. Her technique reminds K.O.S. of a river in that the notes meander around and curl their lips at our attentive ears. Just like a river, this song carries long-forgotten tales from the countries whence it originates: Azerbaijan, Armenia and Georgia. And above all, this tune, like a copious flow, makes us feel the same sense of magnitude and awe that overpowers us when we look at a river; the pleasure of boundless freedom. Enjoy. 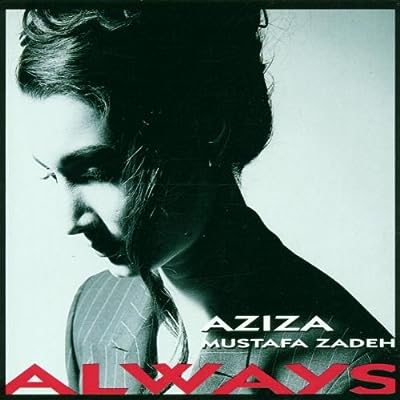 Killer Opening Songs (He Loves Me by Jill Scott)