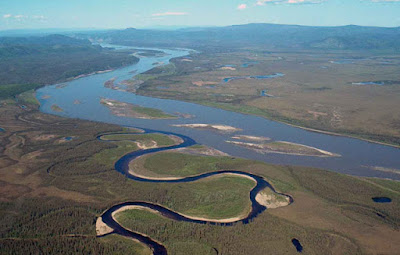 Last week I received an e-mail from a dance student of mine regarding a couple of comments I made in this column a few days ago. Because I did not ask him for permission to reveal his name nor his correspondence I will keep his identity a secret. Yet, he is someone whose opinion I value a lot because his views come from a position of respect and understanding. The points he raised were all valid and I made it clear in my response to him that I agreed with pretty much he had written.

This put me to think about how Spanish is viewed by non-natives. So far this space has been concerned more with bringing up two British-born children (mine) as bilingual. I have also touched upon the difficulties that some foreigners in the UK face when trying to speak to their offspring in their language, and I have also discussed my experience as a translator and interpreter, mainly back in Cuba. What has been absent so far is the other side of the coin. English-speaking people and their approach to Spanish.

My student not only has a good command of this romance language but also spent some time in Spain, specifically in Madrid. And this also led me down another road. Imagine, if you wish, a river flowing downwards towards the sea. The river represents a particular language, whereas the sea is the amalgamation of the different lexicons in the world. However as we all know rivers have a tendency of begetting small brooks that branch out in various directions, some of them taking short cuts to make it to the same sea the river is bound for. These little streams are the different norms that exist in both modern and ancient languages. Please, note that I use the word ‘norm’ and not ‘dialect’. They differ. Norm is the standard that governs the rules and structures of a given language in a specific nation. Hence British English is different from American English, a fact that threw me into despair when I first arrived in this country as I had studied the North American version in uni. A dialect is a provincial, rural, or socially distinct variety of a language that differs from the standard language. Can you now imagine this English-speaking person dealing with the 'vos' from Argentina, the 'cuate' from Mexico, the 'chévere from Cuba and Columbia and the myriad diminutives used in Peru and Bolivia for instance? No, neither can I.

With these ideas in mind I understood a bit better what my student was referring to. I began to see my linguistic world, that is, the Spanish one, from his perspective and that is why I would like to thank him for it.

Spanish is a heck of a language to learn and speak and sometimes we, natives, take for granted grammatical constructions and syntactic structures that others take years to understand. So, thanks to my student and I hope to see you on the 1st March when I will be teaching a master class at the Bar Andalucia in the West End.

And if you have a similar experience, why not share it? That is what this space is for. Para conversar.
Copyright 2008
Posted by A Cuban In London at 20:34