Mahmoud Darwish: As the Land is the Language 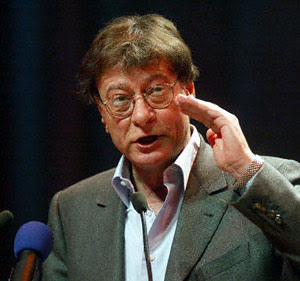 Identity Card
Record!
I am an Arab
And my identity card is number fifty thousand
I have eight children
And the ninth is coming after a summer
Will you be angry?
Record!
I am an Arab
Employed with fellow workers at a quarry
I have eight children
I get them bread
Garments and books
from the rocks...
I do not supplicate charity at your doors
Nor do I belittle myself
at the footsteps of your chamber
So will you be angry?
Record!
I am an Arab
I have a name without a title
Patient in a country
Where people are enraged
My roots
Were entrenched before the birth of time
And before the opening of the eras
Before the pines, and the olive trees
And before the grass grew.
My father..
descends from the family of the plow
Not from a privileged class
And my grandfather..was a farmer
Neither well-bred, nor well-born!
Teaches me the pride of the sun
Before teaching me how to read
And my house
is like a watchman's hut
Made of branches and cane
Are you satisfied with my status?
I have a name without a title !
Record!
I am an Arab
You have stolen the orchards
of my ancestors
And the land
which I cultivated
Along with my children
And you left nothing for us
Except for these rocks..
So will the State take them
As it has been said?!
Therefore!
Record on the top of the first page:
I do not hate peopleNor do I encroach
But if I become hungry
The usurper's flesh will be my food
Beware..
Beware..Of my hunger
And my anger !

You could be mistaken for thinking that the author of this poem is yelling at his listener. No, he is not, he is merely stating staunchingly what sets him apart from the rest. He is reclaiming his space on this planet in the same way oppressed people have always done, firmly and looking into the oppressor's eyes as they talk to them. Far from agreeing to be treated like a native of Lilliput, Mahmoud grows in stature and cadence and as the poem reaches its finale, we are under no suspicion that the writer is not only proud to be an Arab but that his interlocutor would be out of his mind to think that Mr Darwish could ever consider another denouement. The questions he asks in the first two stanzas serve to reinforce the idea of him as a run-of-the-mill human being and yet why is his interrogator so angry? Is he angry at him for being human or for being an Arab? If it is the former, that means that the anonymous person hates us all, and that means to me that Mahmoud does not so much have a specific nationality or religion in mind (Jewish or Christian) but a specific status: power. If it is the latter, then, he reminds his tormentor that you can only repress for so long before anger swells up and explodes. He uses the old Gandhian gambit of showing the oppressor their own humanity so that they feel embarrassed of their own excesses should they ever set out to annihilate others. Sometimes it works. Sometimes, it doesn't. Like in Bosnia, or Palestine.

Thanks Mahmoud for giving the oppressed's voice a poem.

Mahmud Darwish: As the Land is the Language. Dir: Simone Bitton & Elias Sanbar. 60 mins, Israel/France 1998. Documentary on the famous Palestinian poet, his life and works. Q&A after the screening with a panel of specialists.
The ArtsZone,
54 - 56 Market Square,
London,
N9 0TZ
Wednesday 27th February

This film is part of "Women's Cinema from Tangiers to Tehran" festival.
7pm (doors will open at 6.30pm)
Box office number 020 8 887 9500
E-mail: info@enfieldartspartnership.org
Admission: £5/£4 concs
(OAPs, students, people on benefits and disabled people, proof of ID required).
Early Bird Discount: Book before Wednesday 13th February and pay only £3
For more info click here
Posted by A Cuban In London at 20:27