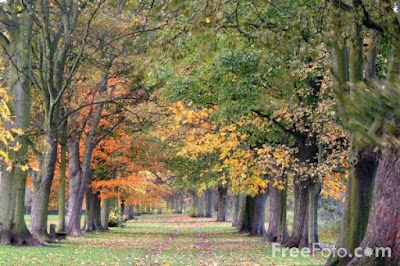 Autumn Sun has a peculiarity that it's not hard to discern. It's a cheat. You look through the window thinking that you can still wear that sleeveless T-shirt, left over from a summer that never was, only to find that Autumn Sun has other ideas in mind. It shines, yes, but coldy. Sometimes I feel its gaze on my bare legs whilst I'm on my bike and can actually hear it sniggering behind my back.

Autumn Sun reminds me of desert Sun. Not that I've ever been to a desert in my life before. But I recently read a book whose action took place in the desert. The book was rubbish, but the description of the Sahara was both poetic and inviting. If only the author had left the cliches out. And this idea led to another one, that of the blues. According to some experts the blues, that quintessential American product of early 20th century came via the griots, West African troubadours, mainly in the regions of Senegal and Mali, who entertained people whilst at the same time telling tales. some of them of a contemporary nature. In that sense, Ali Farka Toure (RIP), is the ultimate singer, narrator and in this following clip he also extemporises his views on Black Americans. Some food for thought here.

My second clip this week is yet another contradiction, but please, bear with me on this one. The beginning of the video shows the Chillies by a beach in the warm, early-morning Californian sun. And yet, to me it sums up what is great about the transition between summer and autumn. Maybe because of my Cuban blood but the atmosphere in the clip reminds me of late night/early mornings sitting on the Malecón, Havana, with a group of friends, with a guitar and a bottle of rum. October and November in Cuba have that special melancholy feeling of lethargy, idly sitting around a guy who can't sing and can barely play the guitar, but who knows the whole repertoire of Silvio Rodríguez and Pablo Milanés. And that's enough, you don't care. Like here, you don't care. The surfers, you don't care. The boat mooring on the beach. You don't care. And that's what autumn is to me. Care-free Sunday mornings soaking up the misty Autumn Sun through the bedroom window. Breathe it in, folks! And enjoy the video.

My third choice this week comes courtesy of Mssrs Miles Davies and John Coltrane. The sound of jazz is the sound of autumn, or viceversa. Its crisp, clear notes sound like the crunchy leaves we tread on as we walk. And having these two maestros together is a relic from the distant past that we must dig out and listen to just like that old sleeveless woolie vest you insist on wearing over your shirt or blouse as soon as the first October winds announce autumn's arrival.

And that's all we have time for today. Expect some flamenco to come your way next week, plus a little bit of fado, a rhythm whose middle name is 'Autumn' and as the nights grow longer and the days shorter, my dear readers/posters/fellow bloggers, I think that Marisa's soothing voice will become our companion for the next six months, or so.