The recent news of Kodak going bust took me by surprise. Apparently the photographic film pioneer couldn't keep up with the challenge posed by digital cameras and has had to file for bankruptcy protection.


I wasn't aware of Kodak's travails, to be honest. For me George Eastman and his yellow boxes were always there, as part of the background. Even in Havana, where the brand was not as ubiquitous as it was elsewhere in the world, we knew about the "Kodak moment". 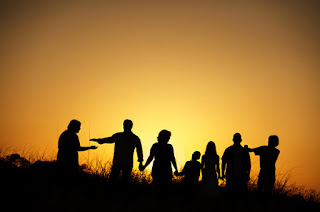 But on finding out about the demise of this company that once boasted 90% of sales of film in the States, I didn't think of "Kodak moments" in my life. That's because I never had any. What I did have were "Soviet moments".

My cousin had an old Russian camera which she was given before she started her university degree. It was the beginning of a process that I still remember after all these years. Snap away, give the film to her mum to be developed (my auntie used to work next door to a photo studio and she knew everyone there), count the days (it usually took a fortnight) until the photos were ready, head for the studio to pick up the envelope and voilà! enjoy the often chaotic images: too much light, or none at all, red eyes due to the flash effect, heads lopped off, ears à la Van Gogh, little finger and forefinger sticking out from behind someone's head and drowsy eyes pleading with the photographed not to be papped. And yet, we all loved those images.

These yellowed, family photos when placed to their modern counterparts, which can be taken either on a digital camera or mobile phone, are the equivalent of the drunken uncle dancing his head off at the wedding banquet whilst embarrassing his hipster nephew sitting in the corner. They really did that? With that? My generation will have fuzzy images to remember, greasy fingerprints revealing the spot where many hands left their mark before. My children's generation will have "files" instead of photos - with names such as jpgs, gifs and bitmaps - and will depend on a hard drive to keep them safe for their own progeny. Back then, all photos, regardless of their quality, or lack of it thereof, were put into albums. That ephemeral "Soviet moment" was preserved for eternity. Those snaps became part of our heirloom, passed down from grandparents to parents to offspring. In my case, these amateur images were one of the reasons why I fell for photography as an art.

I know some people who don't think much of photographers, especially if they're of the weddings/birthdays/graduation ceremony variety. After all, what's so hard about mounting and adjusting a  shutter? Anybody can do that. Well no, I beg to differ. Even though photography is more reality-based than, say, painting, it's still an art that demands high skills of its practitioners. I'm not just referring to the light and space symbiosis, which is important, but also to the subject (what or who to photograph?) and background. Some of my favourite photos look like paintings and carry a heavy historical baggage, despite the fact that they're nothing but the result of an instant. And this is without the undesired added effect of Photoshop. A good photographer is like an archaeologist. He or she will help you discover a treasure of which you were not aware. It could be an angle or a shade. A brilliant photographer will go beyond that; he or she will expose the soul of their subject.

Eventually my cousin's camera fell into my hands. By then, I was already in university. Looking at those old pictures now, the majority of which are on Facebook (there you go, I'm just doing my bit to help Mr Zuckerberg sell shares in his seven-year-old "baby". How much will you give me of the total $100bn, Mark?), I marvel at the innocence and candidness they convey.

Some people had "Korda moments". In my case, those initial "Soviet moments" (random family occasions snapped by a Russian device) changed into "Havana moments" - my uni years, my barrio and my friends. Whether you call them Korda or Havana, these are moments. Ours to cherish.

Next Post: “Pieces of Me, Pieces of Havana”, to be published on Wednesday 8th February at 11:59pm (GMT)